I have a VirtualBox host (linux) with a Windows 8.1 guest. The virtual network configuration for that guest:

After disabling auto metric on the host-only Adapter2 (in the guest OS) and fixing it to either 1 or 800 (i.e. it doesn't matter if it is higher or lower than the metrics of Adapter1), I could send multicast traffic (via tcpreplay) from the host to the paravirtualized interface (eth0), and an app on the guest can receive it on Adapter1.

When sending the same data to host-only adapter (vboxnet0) though, I cannot receive it in the guest on Adapter2. Although wireshark does capture the packets: 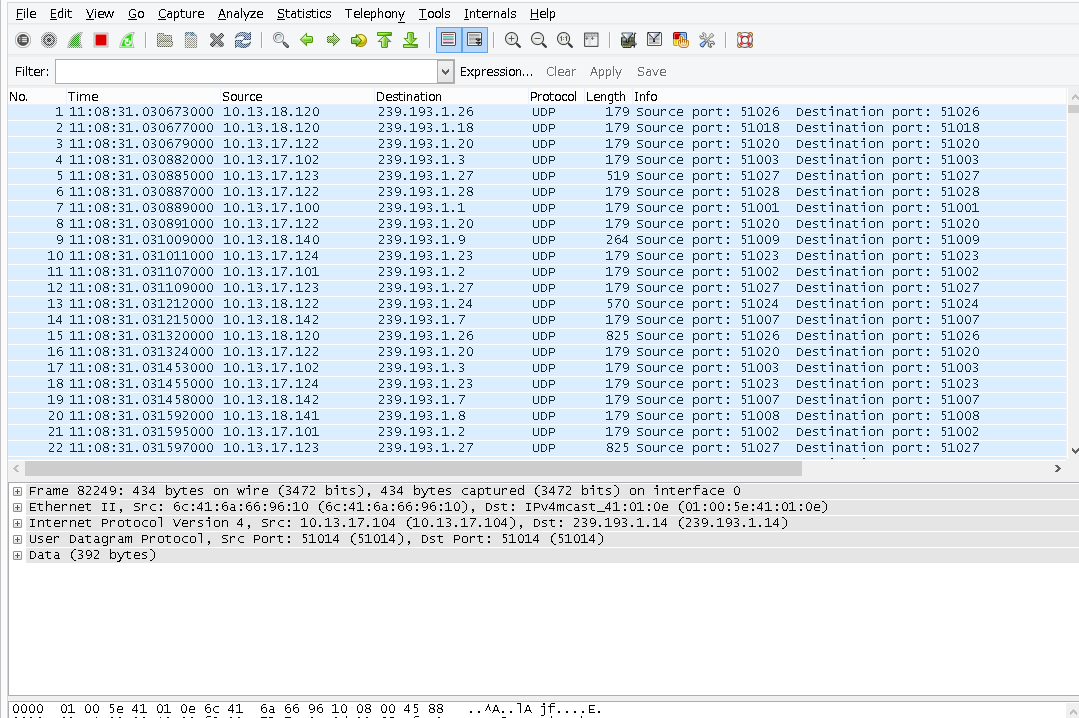 This looks similar to when I try to receive packets that arrive on the NIC, without joining the multicast groups, i.e. it looks like the network stack discarding packets because the app has not joined for those multicast addresses.

So how is it possible to receive multicast data on a host-only adapter?

I tried it again today, again setting the metrics manually so that the host-only adapter's metric would turn out the lowest (= highest priority), and: It works!

I'm pretty sure that's what I did the other day when I posted the question, so I'm not sure what changed, but in any event: Multicast reception via host-only virtual NICs is indeed possible.

Not the answer you're looking for? Browse other questions tagged virtualbox multicast or ask your own question.

2
How to share internet connection on Mac OS X to Virtualbox vm’s using Host-only
1
Selecting interface for multicast traffic?
2
KVM vs Xen vs Virtual box -- Server setup, which is most performant?
118
What is the difference between unicast, anycast, broadcast and multicast traffic?
2
Why would IGMP and MLD be required to forward unregistered packets to all ports?
3
Machine with bonded interface does not receive multicast packets on all slave interfaces
2
How can I make my libvirt/KVM guest see all IPv4/UDP multicast traffic?