How to configure bridging

I am trying to configure a bridged network in a CentOS machine created with virtual box. I already did the same on two ubuntu 12.04 machines, and this is how the /etc/network/interfaces file looks like:

This way on the ubuntu machine, the IP address 192.168.0.x is associated with the br0 interface: 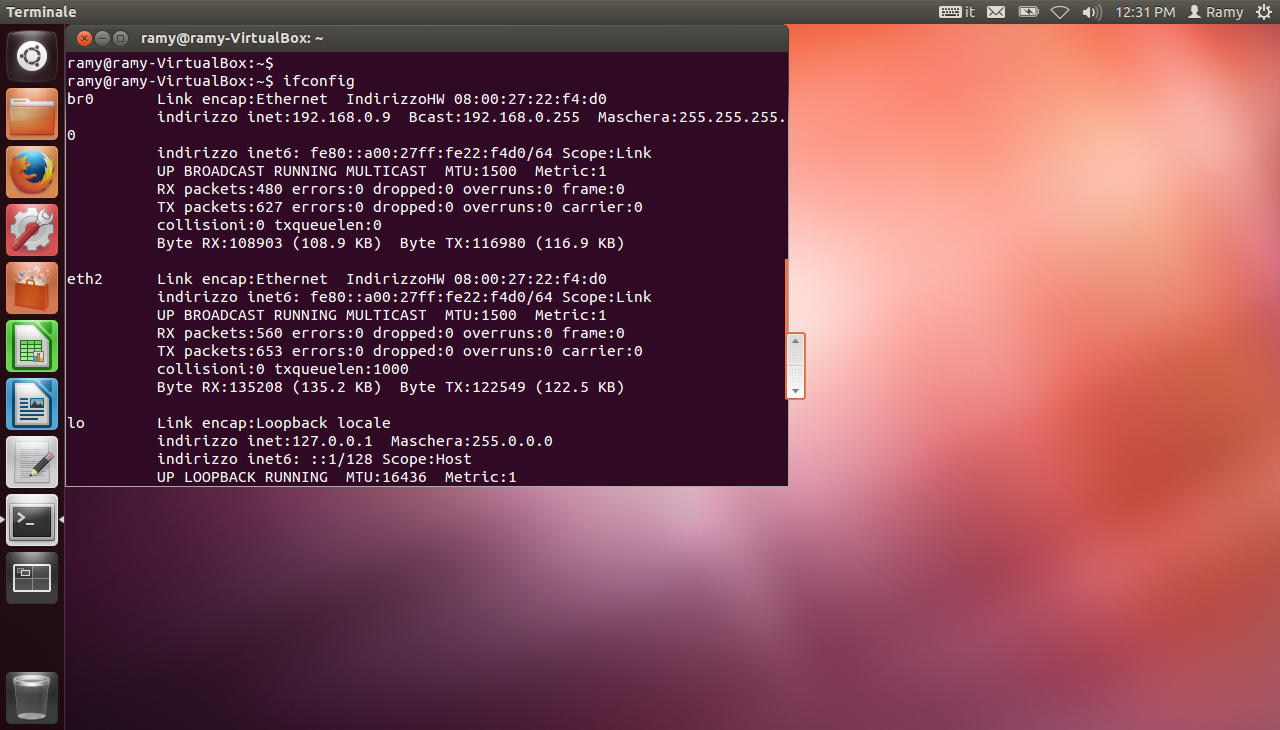 Instead on the CentOS machine that IP address is still associated with the eth0 interface: 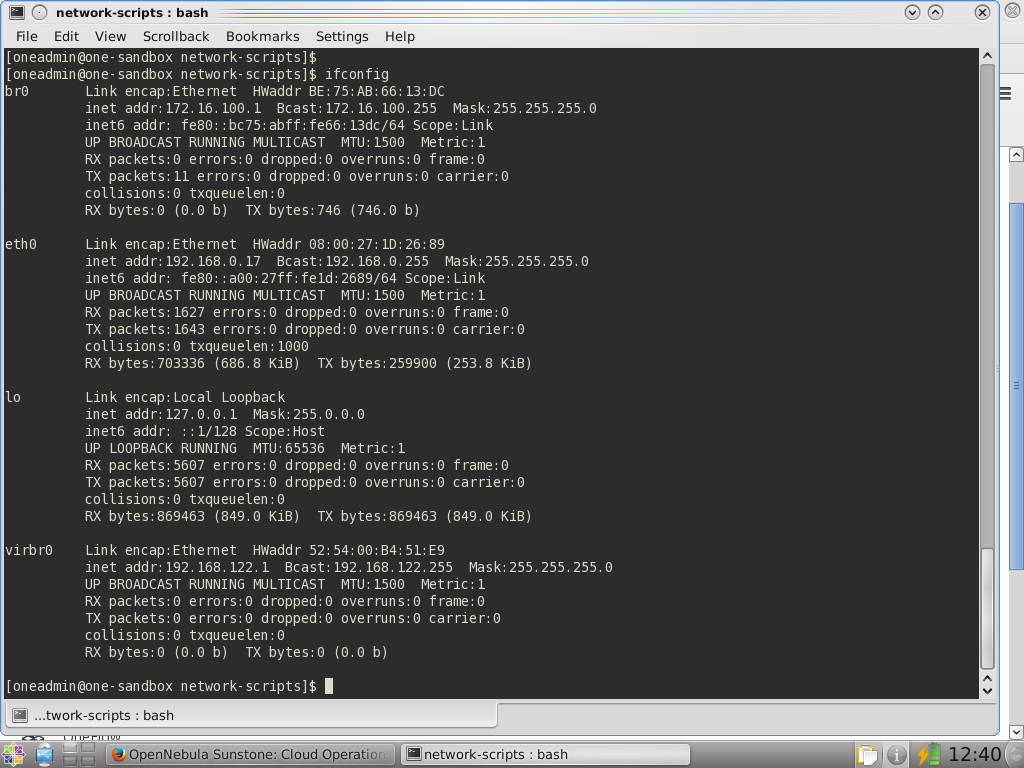 This makes me think that I'm still missing something in the network configuration. But the problem is that there isn't such file as /etc/network/interface in CentOS, instead there is /etc/sysconfig/network-scripts/ifcfg-br0, but the syntax is totally different. Does anyone know how to do the same in CentOS?

networking virtualbox bridge
share|improve this question
asked May 29 '15 at 10:45

Change following configuration to your needs.

Not the answer you're looking for? Browse other questions tagged networking virtualbox bridge or ask your own question.

2
Issue with multiple bridging for KVM hosts
5
How to setup network interface to have eth0 as dhcp and eth0:1 as static ip?
1
Static virtual IP in debian 6.0.4
1
Writing to /etc/networking/interfaces at boot using sed/awk?
1
IPv6: ADDRCONF(NETDEV_UP): eth2: link is not ready & IPv6: ADDRCONF(NETDEV_UP): xenbr2: link is not ready on Ubuntu Server - Xen bridge
5
Assign ipv6 address to KVM guests on bridge mode
1
qemu, kvm: Guest: No DHCPOFFERS received
0
How to correctly set up routing on machine with 4 interfaces so that three of interfaces are on the same subnet?
0
Bridged Network with libvirt on centos
0
KVM with public static IP requires network restart every time