I have the following configuration:

When I just turn on the server and let it go, I get this: 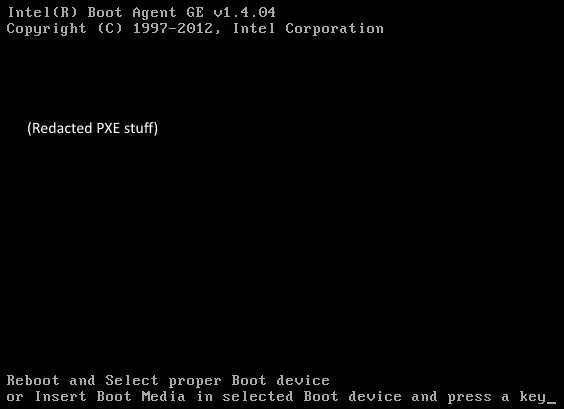 Note that the PXE is not currently booting to anything, and the default configuration from my hosting provider is to have the PXE at the top of the boot order to allow a "rescue" PXE environment to be loaded using the control panel. The expected behavior is that the PXE will exit and pass the torch on to the next item in the boot order. Speaking of boot order, here's what I have: 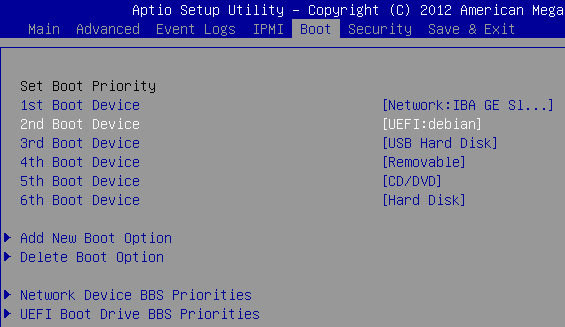 The highlighted one in white is the one I want to boot.

But it doesn't work. However, if I "force" (override) the boot order, either in the setup screen or by pressing F11 to access the boot menu, it works: 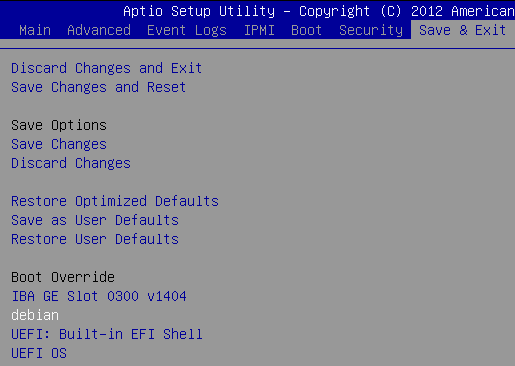 If I press enter with "debian" selected here, I get grub loading, and indeed, the system boots up completely and correctly! 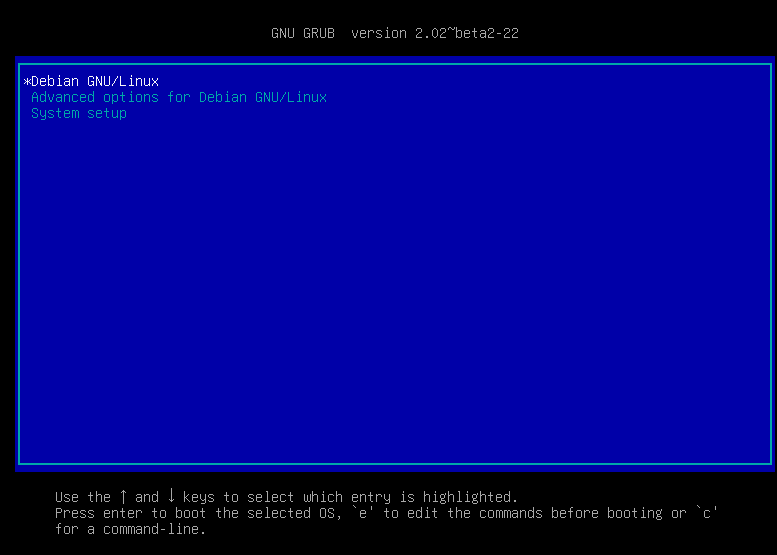 What'n the world is going on here? How do I convince the server to boot up Debian from power on without manual intervention?

So it looks like, for some reason or another, having the PXE firmware be first in the boot order (which is how it was when I first got the server) breaks UEFI booting. When I set UEFI:debian as the first entry in the boot order, it boots all by itself, no intervention needed.

The downside, of course, is that if I need a rescue OS over PXE, I need to first log in over IPMI, come into the firmware setup, and change the boot order back. :/

You can PXE boot in UEFI mode or in Legacy mode... are you PXE booting the right way? is your PXE server able to provide the right NBP (Network Boot Program) depending on the boot mode. It seems to me you are PXE booting in the wrong mode that's why it fails but everything works if you somehow skip PXE from the boot sequence

mmhhh are you sure about this? what PXE server are you using? Syslinux based? Most of the time in your situation the PXE server waits for a timeout and boots by default from a particular HDD but no from the next entry in the firmware boot order.

Not the answer you're looking for? Browse other questions tagged boot supermicro uefi or ask your own question.