I have strange situation in Windows Server 2008 R2 - wbadmin creates backup of C: drive to D:

Files on C: occupies about 23GB and that is size of the VHD file on disk D: in Windows Image Backup folder. I see that the free space on disk D: is almost out. Shadow copies on drive D: are inactive, but it reports that space taken by shadow copies is 85479 MB on drive D: It's impossible to remove those copies.

I suspect that this behaviour is by design, because I had similar situation in the past, but I don't know exactly how to deal with it. The "real" problem is that our SNMP software reports low disk space on disk D:, but in wbadmin console everything looks good, daily copies are made without an errors.

Thanks for any advice. 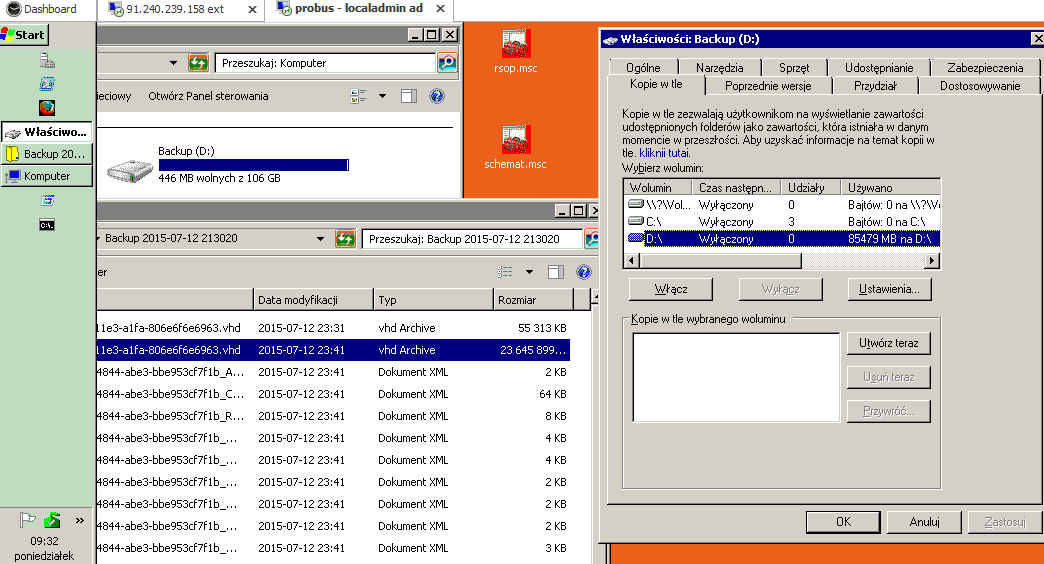 I don't think that the C drive backup is creating snapshots on drive D - there's no sense in doing that...

You can delete vss snapshots, thus regaining the space back.

If the problem returns, you can delete vss storagespace, thus disabling vss for a specific volume.

Not the answer you're looking for? Browse other questions tagged windows backup or ask your own question.