A client of ours has begun a rollout of a system that requires the use of Remote Desktop Web Access for their NOC.

Each site is configured for RDWA and has a unique URI. When accessing the web interface end users are presented with a login screen as expected [Figure 1]. They open, the Active X RDWA component appears to launch [figure 2] and they are asked to login to the remote computer [Figure 3] but then receive an error [Figure 4] 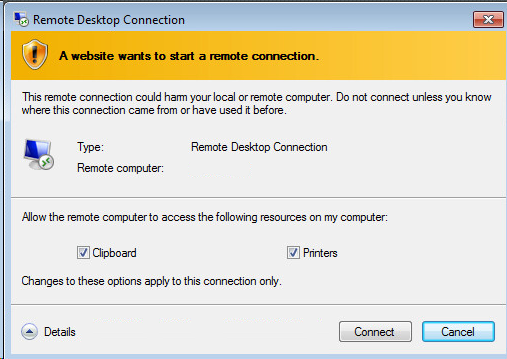 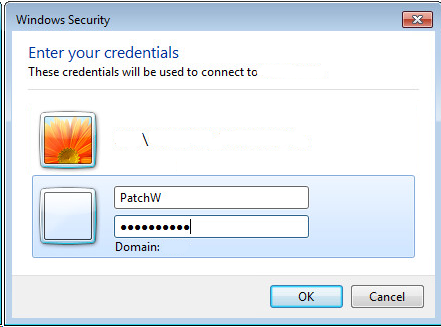 However this only works per site and per user. We'll have 700 sites in the next five years, and the operaitons centre who need access have 40 users who don't sit in the same seat every day. Of course allowing end users admin access isn't acceptable.

I've not encountered this before.

It appears that Active X is launching, as we can see in figure 2 above. However there now seems to be a subsequent piece of VB script that is attempting to execute locally, but I can't locate what it is or what it may do.

Anyone able to offer any thoughts on what steps I can take to locate the cause of this issue?

I had come across the registry key mentioned and had tested it. It had no effect. It seems that this fixes the same issue for full fat RDP client but didn't effect the RDWA client.

Re-running as admin did not re-create the MS Licensing key on the test machine.

We have a work around for now (HKCU\Software\Internet Explorer\main\TabProcGrowth set to 0). Although performance is poor.

VB has nothing to do with the cause of the error.

This is a common error all the way back to xp and is normally caused because the licensing mode of the server you are connecting to is set to per device. To resolve the issue delete the following registry key

However if after deleting this you still have the issue, then you need to connect once again with Run As Administrator. I know you don't want to do this, and I completely agree with why. However this is the accepted fix for the problem.

It would also be worth changing the license mode of the server to per user from per device.

Not the answer you're looking for? Browse other questions tagged windows-server-2008 windows-7 remote-desktop-services or ask your own question.