I have a dedicated apache server with high resources.

I run Magento application with MySQL as database engine which is also deployed on a separate highly resourced dedicated server.

Website was working fine since a month, but suddenly it has started throwing error though it is not under load/traffic-

So, I followed below steps to get rid of it(but none of them actually worked) :

Below is my fcgid.conf file.

I know timeout values are way too high but I guess it has nothing to do with this error as page load time is around 4-5 seconds.

My question is why increasing value of FcgidMaxProcesses doesn't make any difference? Is there any other configuration file that needs to be altered?

I have parallel plesk installed. Digging /etc folder, I came across another services which may, I guess, affect fcgi/FastCGI operations:

Is Fcgid dependent on any such service to limit its processes? How do I detect that?

Please make me aware of the reality.

And problem was not related to FCGID or any other Apache module configuration.

The reason behind sudden deteriorating behaviour of server was attack Yes, that's right! Though it was not DDoS, but continuous requests of attacker with different query string patterns(SQL injection) and page load time of the targeted page - excluding query string parameter - is around 3 seconds resulted in hit for threshold limit of FCGID process.

I came to know about it when I enabled mod_status which directly highlighted such attempts to breach.

I blocked the IP of that user and within a minute all operations back to normal.

but remember that if you use Fcgid, you also need to check

that means that any user on the server (so per user) has a max number of processes available and when you hit that limit a new slot can't be applied...

mod_fcgid: can't apply process slot - this is Apahce+FCGI issue, and in case you have huge load it can't be solved with Apahce+FCGI.

sw-engine-fpm -it's a Plesk panel service and has no any effect on clients web sites.

If you have installed Nginx and PHP-FPM via autoinstaller you can enable processing PHP by Nginx+PHP-FPM on domain: 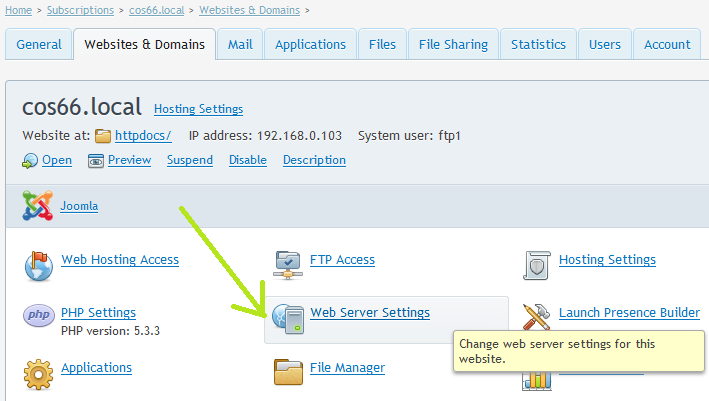 And switch it on: 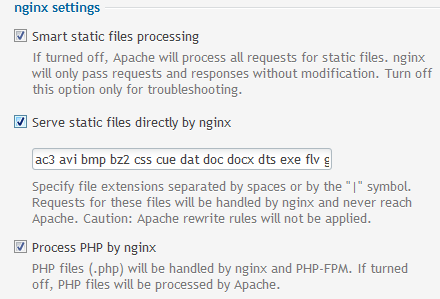 Not the answer you're looking for? Browse other questions tagged apache-2.2 php-fpm fastcgi mod-fcgid plesk or ask your own question.