What is the minimum amount of servers for a production mongoDB cluster?

On the mongoDB documentation for a production cluster architecture I read that the minimum amount of servers for a running production mongoDB cluster is 7: 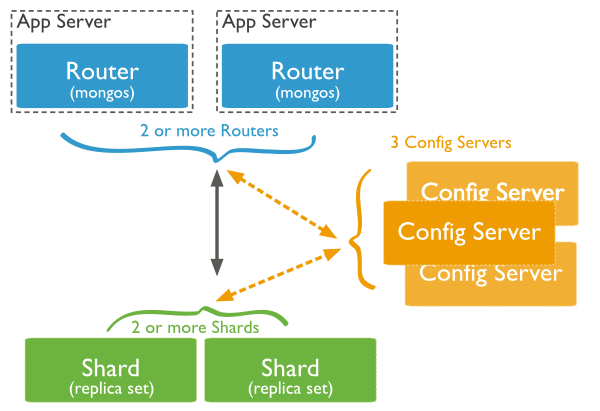 Is it possible to share the routers, config servers and shards on the same servers (having 3 total servers each with a router, config and shard service)?

Basically you are interpreting that picture incorrectly in two ways: your app servers are not part of a mongodb cluster and the shards (green boxes) are replica sets, which contain at least 3 servers.

Not the answer you're looking for? Browse other questions tagged cluster mongodb or ask your own question.