There is this really weird issue on the internal network, this happens constantly to "random" machines. Machine (client) boots up, goes to some-intern-website-which-is-not-accessible-from-internet.company-name.tld, timeout, retry, timeout, ping the url/host - machine is alive, go to website again - it loads succesfully. I've triple checked the firewall rules on the gateway (but how can it have anything to do with it when switches directly connect internal computers together?), checked the firewall on webserver - ACCEPT everything. both -S and -L (iptables). tracert uses ping, so the host is alive and well when I try to do that. I'm out of ideas and have no way how to troubleshoot this. VPN users also seem to be affected. How do I approach this issue? The webserver is a debian domu xen vm om xenserver. It started after we moved the company to a new location, thrown away a few old switches, bought new ones. Nothing too fancy. Could it be the switches?

Per request I have created a simple drawing of the network infrastructure:

And also pfSense and firewall configurations: 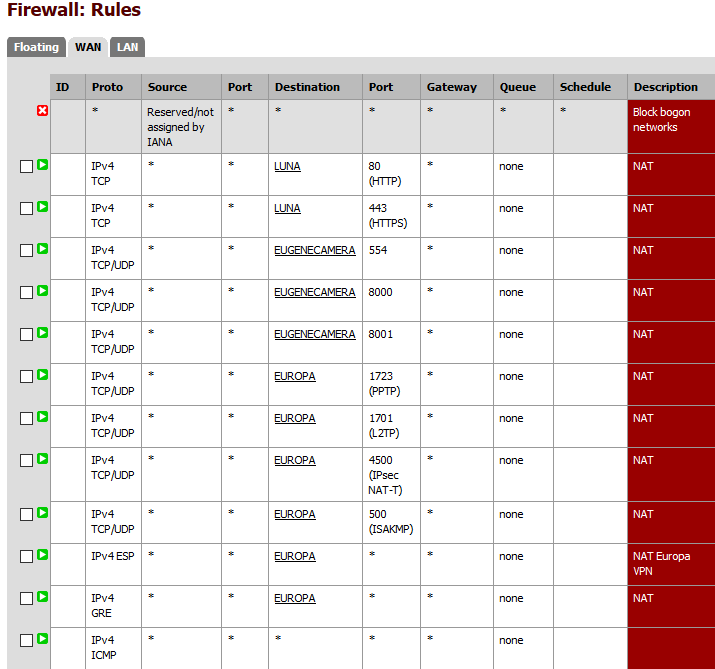 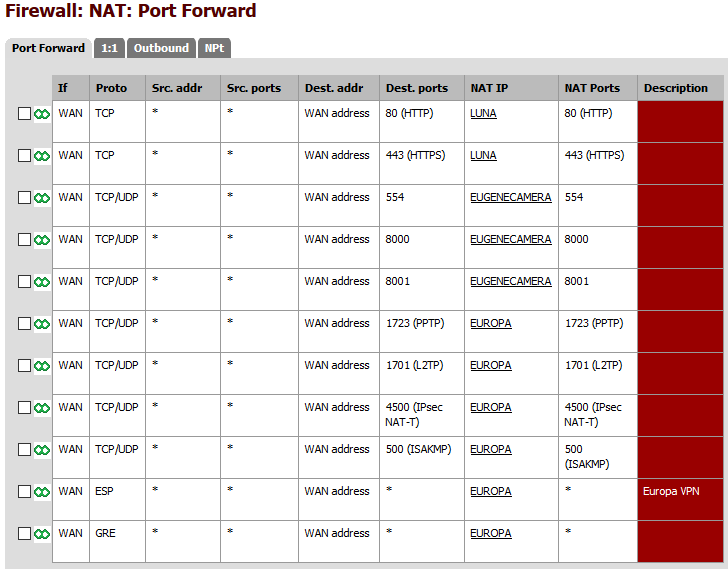 Restarting everything doesn't seem to help.

Aquired packet logs with tcpdump and wireshark on both client and server, client sends syn, server wants to send ack, ack doesn't get to client. server keeps retrying. server can't also ping client. if client pings server, server can communicate with client for an unknown (longer than 1H or as long as the machine is up?) amount of time. Some other pc's (particularily behind other switches) cannot ping client too.

Edit 2: this seems to be happening for all tcp connections (as I just had the same with SSH).

Edit 3: I've managed to somehow isolate the issue, I think?

We had a problem similar to this issue that we solved today. A website hosted on one of our VMs would only be accessible after we pinged it. We figured out that the VM's NIC was set so it could go to sleep to conserve power. We changed the setting, and the website stayed up, no more pinging it first to be able to access it. I hope this helps someone!

Not the answer you're looking for? Browse other questions tagged routing connection website timeout troubleshooting or ask your own question.