Normally in Windows, you can create a Virtual Hard Disk (VHD), see it in the Disk Management, right-click, and remove it: 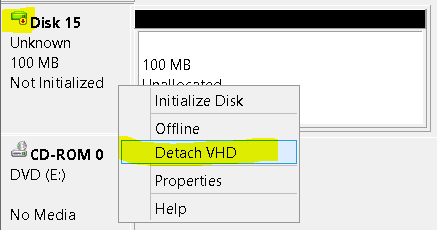 I want to test the resiliency of Storage Spaces, and the ability to migrate them between servers. Once a disk has been added to a Storage Pool, it no longer appears in Disk Management. I need to surprise remove a VHD from the server, but there's no UI option to do it.

If i were using a physical disk, it would be trivial to disconnect the drive from the computer (thus ensuring that Storage Spaces doesn't expect it, and has no chance to rebalance beforehand): 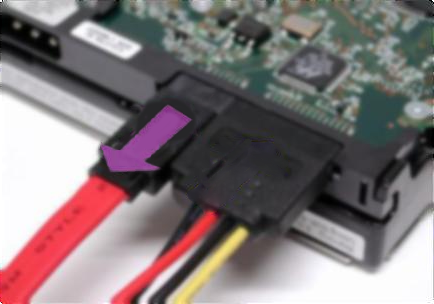 How to unplug a vhd?

But once a disk is added to a storage pool, there is no longer any UI options for that disk. I don't want to use the Storage Spaces UI to Remove a physical disk from the pool: 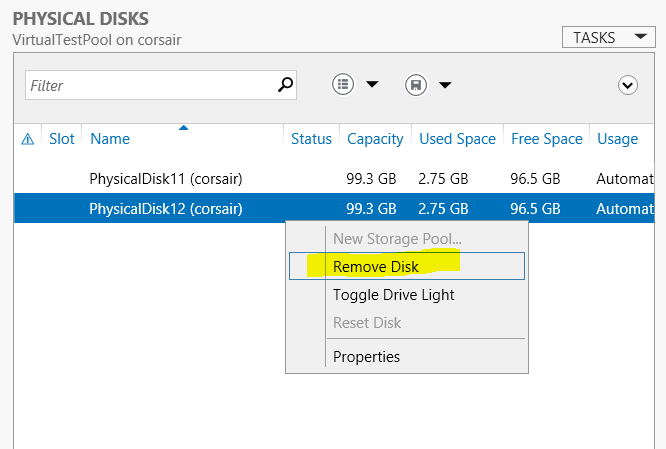 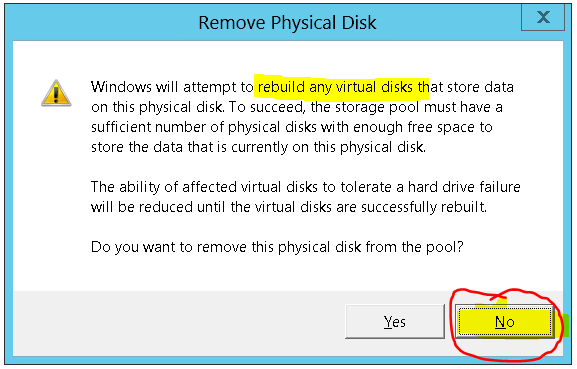 I need the surprise removal

Microsoft has the exact PowerShell commandlet to disconnect a vhd:

Unfortunately it doesn't work - for the same reason. The VHD is "gone", "invisible", absorbed into the Storage Pool, gone from any ability to interact with it:

It seems once a VHD has been added to a storage pool, it cannot be dismounted.

How do i dismount a VHD that has been added to a storage pool?

The current VHDX files are sitting in D:\..., which itself is a Parity Space. I cannot simply turn off the PC and simply rename the files. Not only is turning off the server not a viable option right now, it defeats the point of the test: having Storage Spaces react while it is running