Update 1: Parse has officially confirmed this as a bug they're investigating on their status page, as well as on Facebook as Benedicte Raae mentioned in an answer.

Update 2: Parse has confirmed that this issue has been resolved, and it appears to be working across my instances again.

I currently have several instances of various apps running on the Parse.com platform. Each of these instances utilizes one or more background Cloud Code jobs (some automatically fired, some manually started).

Normally these work perfectly. However, over the past day or so, I've had jobs on all these instances seemingly "get stuck" in the Pending phase of the job. I have not reached my concurrent job limit to my knowledge, as none of them say Running. Eventually one of them will trigger and run, but it is by no means instantaneous.

Has anyone else been having these problems or know why this would happen? 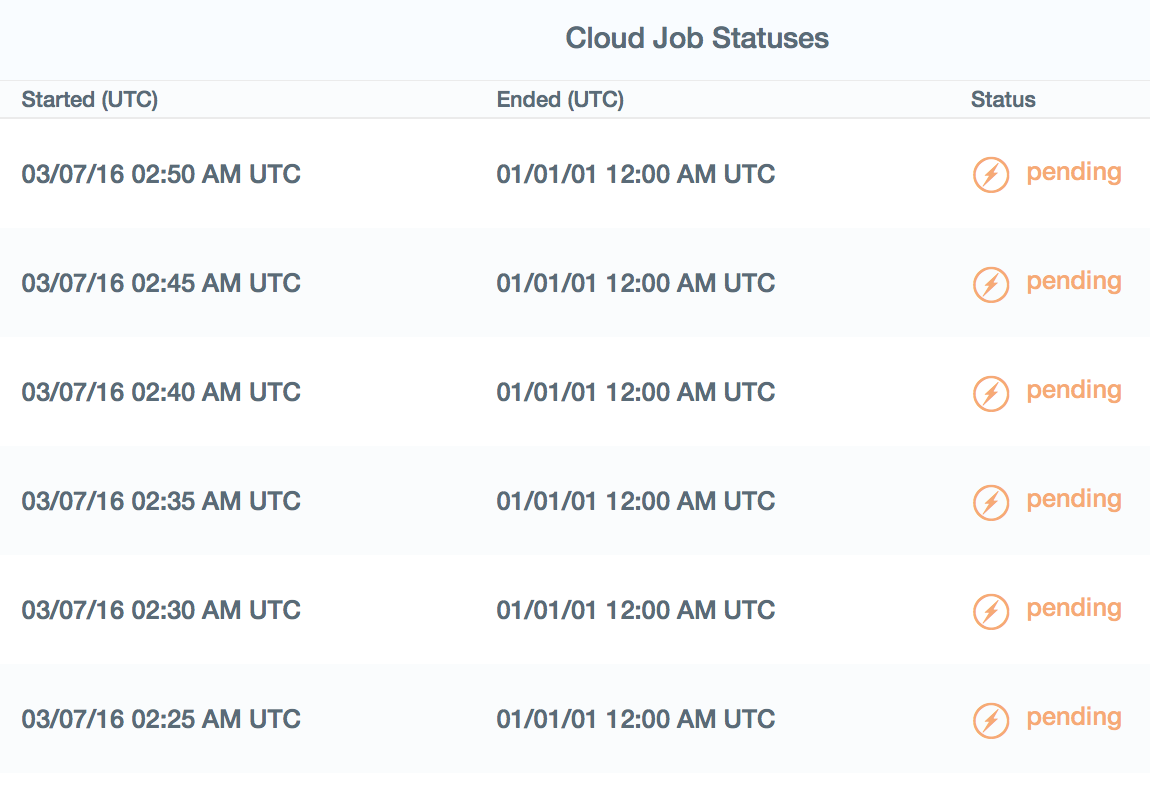 I am having this problem as well, I have started one job manually and it has been pending for more than 15 minutes.

Not the answer you're looking for? Browse other questions tagged cloud job-scheduler parse or ask your own question.