I have a HP ProLiant DL360 Gen9 server which has three physical 900GB HDDs. Those three HDDs are in some sort of hardware RAID setup. RAID controller is HP 3239 and it uses hpsa driver. For OS it represents itself as a 900GB sda device. Now if I check the RAID level with # cat /sys/class/scsi_disk/0:0:0:1/device/raid_level, then it shows RAID 1(1+0). Is this some sort of RAID 10 with three physical drives? Or is it triple mirroring? What is also interesting is that while activity LEDs of two drives blink in sync, then the third drive shows very little activity. Last but not least, I am not able to install additional software on this server because it is Linux based special appliance.

HP DO do a form of R1 where it writes to three disks instead of 2 but it's rarely used, more likely the third disk is set aside as a hot-spare - or it's not being used at all!

It looks like raid 1 with a hot spare. The HP array tools should be available for Linux from the HP website, depending on distro.

See if the system has the hpssacli command installed. 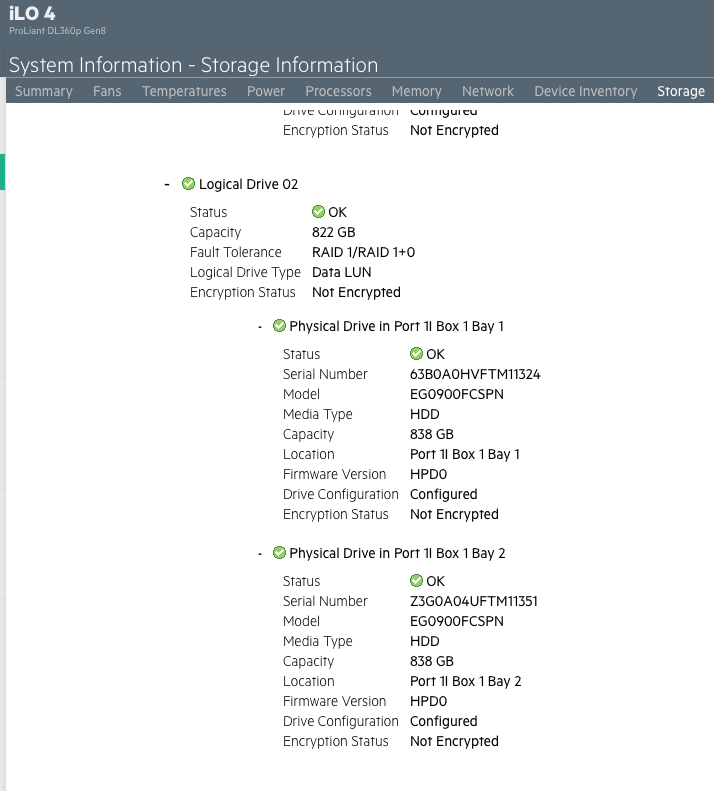 Not the answer you're looking for? Browse other questions tagged raid hp-proliant hardware-raid hp-smart-array or ask your own question.