There are 3 machines involved:

I want that, when a domain user is logged in on "workstation", he can see the share on "samba", without being prompted for login/password. I followed this tutorial: http://linuxtot.com/add-a-simple-samba-file-server-as-a-domain-member/

When i try to join "samba" (the machine) to the domain, i get an error:

I can see on the network an error with kerberos during the net ads join command: 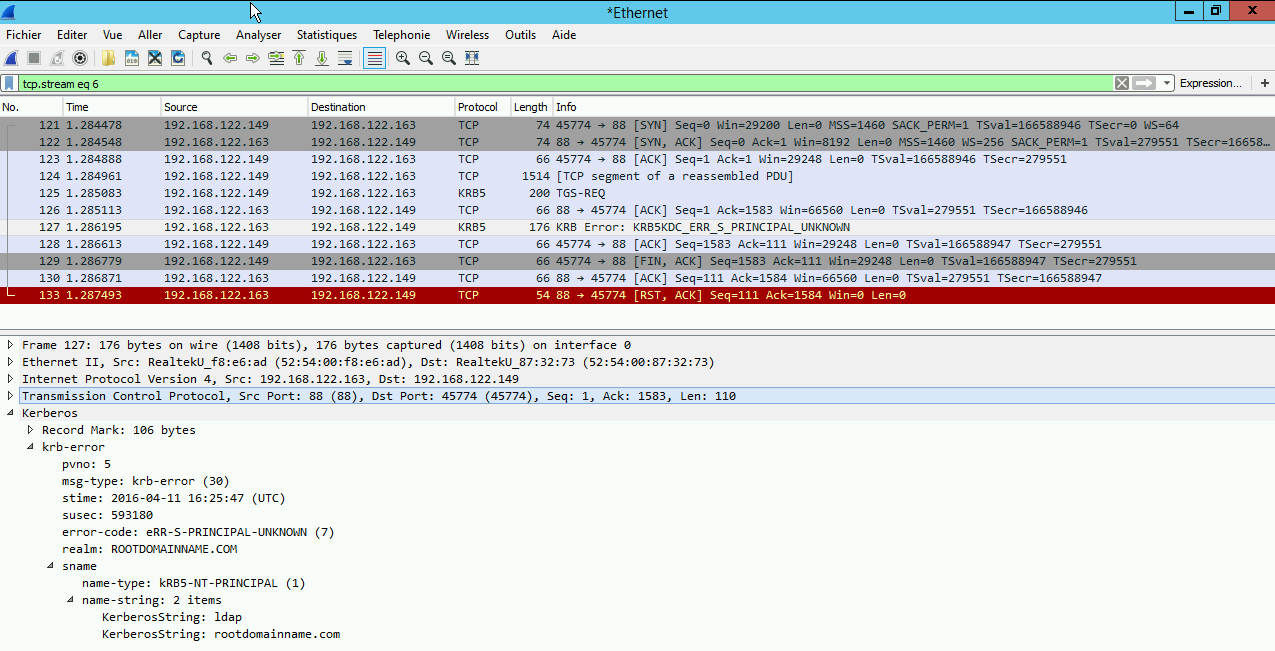 What does "Kerberos database" refers to ? Is that the one in the AD ?

Also, i don't have any file "/etc/krb5.conf" on my linux machine, is that normal ? Some tutorials refer to this file.

Any idea what the problem is ?

Out of nowhere it suddenly worked: do NOT specify -S rootdomainname.com in net ads

Not the answer you're looking for? Browse other questions tagged active-directory samba kerberos samba4 winbind or ask your own question.