I have two VMs that, up until yesterday, have been able to talk to each other just fine. Now they don't. I've been trying to get this fixed for several hours now, but haven't been able to figure anything out.

I've attached all of my packet captures and tracerts. Does anyone have any suggestions?

UPDATE: I thought I had a solution. I asked the provider of server2 to assign me a new IP, which allowed the two servers to talk again. Now, a day later, I'm having that same problem with a new IP. 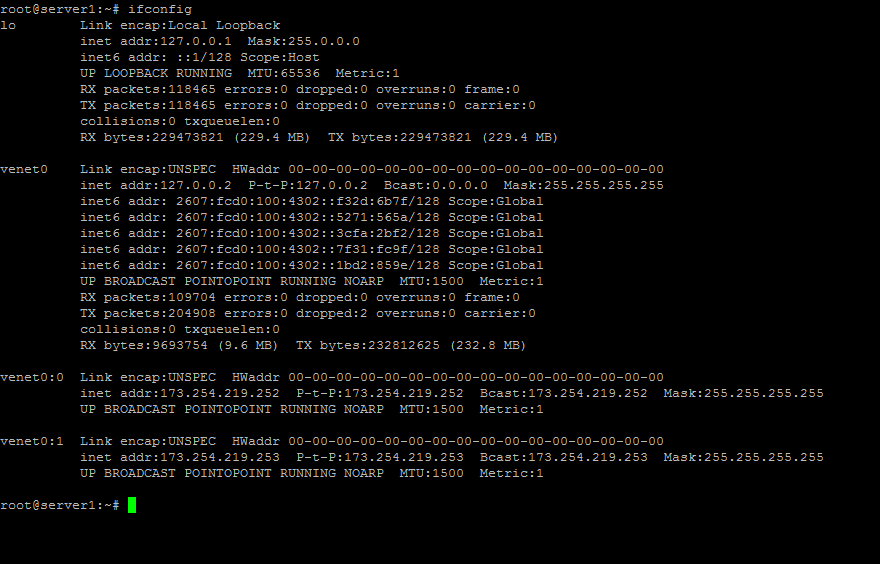 This sounds like a routing loop. Do your instances happen to have multiple vNICs attached? Also, check you local routing table on each host. You should see something similar to this:

Check Any port blocking from Antivirus running on Host machine or VM's,

Not the answer you're looking for? Browse other questions tagged ubuntu networking packetloss or ask your own question.