I have a scheduled task that is set to run an R script by launching Rscript.exe and the file of interest.

This task completes successfully when I run it with the option

I need to schedule the task to run without me, so I checked the option:

There is a log file created by R when the script runs, however the scheduled task apparently failed before this log was created.

I found this resource, which says that when the task cannot be successfully run manually when the "whether user is logged on or not" option is checked.

With that in mind I instead scheduled the task to run a few minutes in the future. The task again failed with the 0x1 run result before launching Rscript and thus creating a log.

I repeated this process and few times and the result was the same each time.

When I look at the task's properties I see that in 1 second of time it reached the "Action Completed" step which returned a non-zero return code and failed with an Operational Code of "(2)". 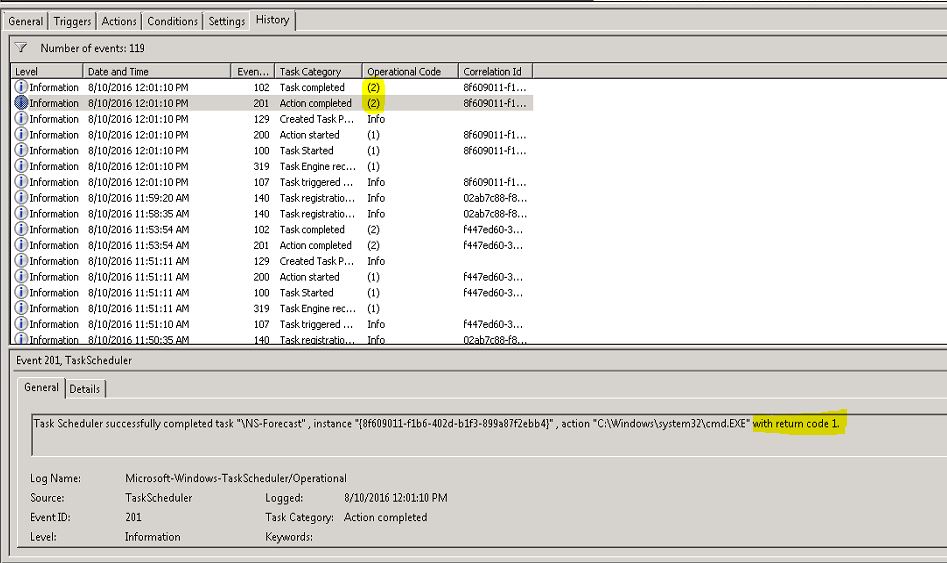 The task definition is:

You need to have the "Log on as a Batch Job" security right to run a task as a user.

I'm sure in the event viewer you'll see a security event with a failed logon attempt with a logon type of 4 (batch job).

Not the answer you're looking for? Browse other questions tagged windows-server-2008 scheduled-task task-scheduler or ask your own question.