I have a situation where needed to create network within about 20 offices. Typically each office is rented by different company, but some of them has two or more rooms. So i have no idea how many and which devices they going to connect.

I am planning to give each room one wall socket connected to managed switch. And create vlans based on companies.

Question: Is it possible to extend their network by connecting inexpensive unmanaged switch to socket like it shown on diagram? Will they going to receive ip addresses in vlan range automatically, including WiFi Access point?

And one more. Some of managed switches has Voice vlan options. Does that mean, that voip phone phisically connected into specific vlan will be part of Voice vlan automatically (priority issue)? 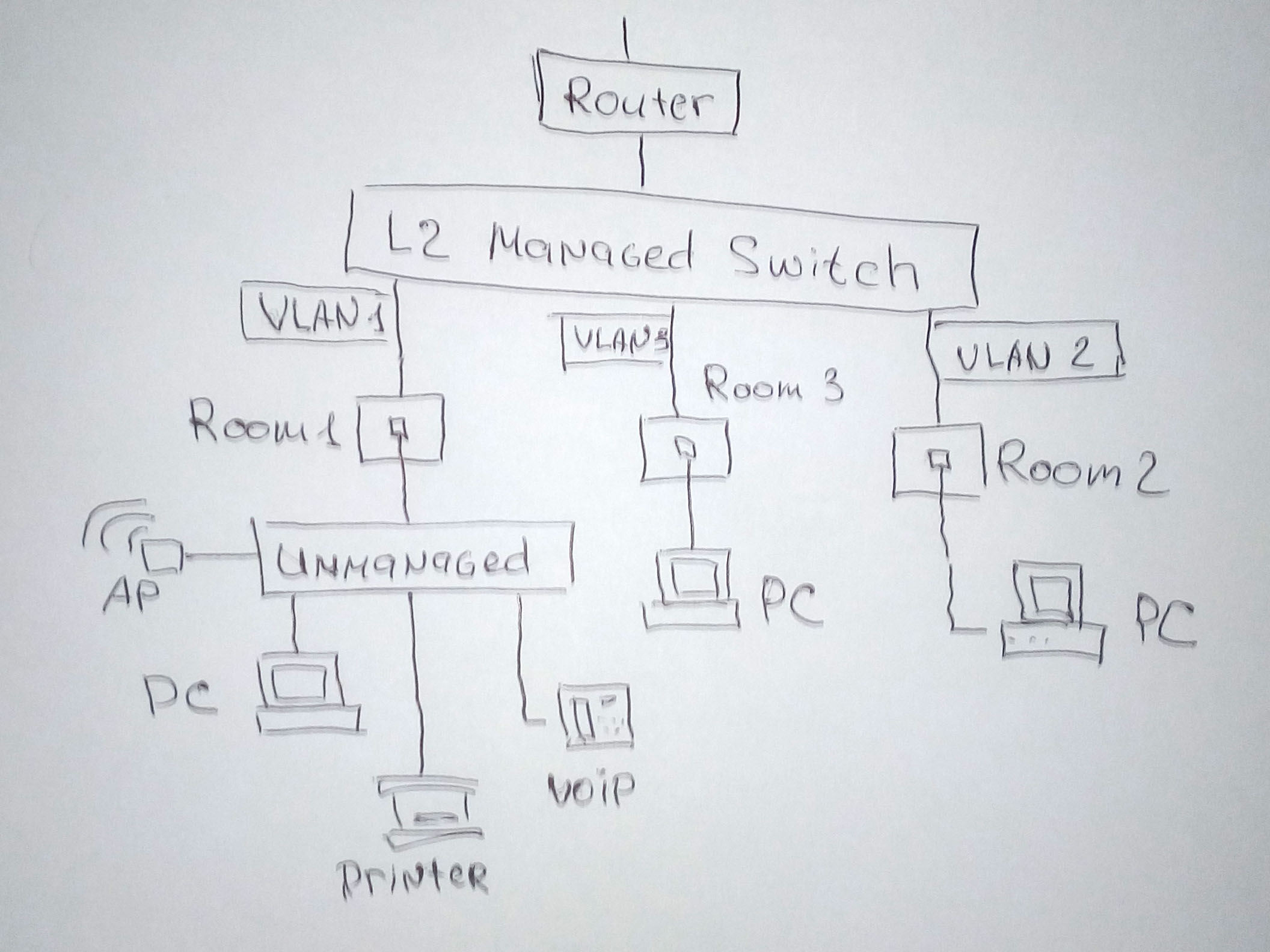 If you are using purely port-based VLANs, then what you have described here will work. Port-based VLANs do not need vlan-aware equipment attached to them.

However as soon as you start to add "Voice VLAN" then you are probably going to be using 802.1q VLANs, in which case you do not want to be mixing unmanaged equipment onto those ports. You will want an 802.1q switch at all points so that you can trunk your voice and data VLANs on the same interface.

Voice VLANs depends on the specific implementation, so I can't really answer those question. At its simplest form, voice VLANs are often used to deploy both the data and the voice VLAN to a single port. You plug the phone into that port on the switch, and then the computer plugs into the phone. The phone contains a small network switch that then does the 802.1q trunking and puts the phone on one vlan, and the computer on the other.

On the entry grade HP swithces Voice VLAN option is used only to prioritize this specific VLAN inside trunk.

That makes sense when there is a network congestion.

Not the answer you're looking for? Browse other questions tagged networking switch vlan voip or ask your own question.