In trying to install RHEL 7 from an ISO (instead of deploying from an existing KVM image) in Mirantis Open Stack, I run into Anaconda not being able to find the attached disk - and so installation cannot proceed.

There is a 160GB virtio disk (/dev/vda) attached to this image: 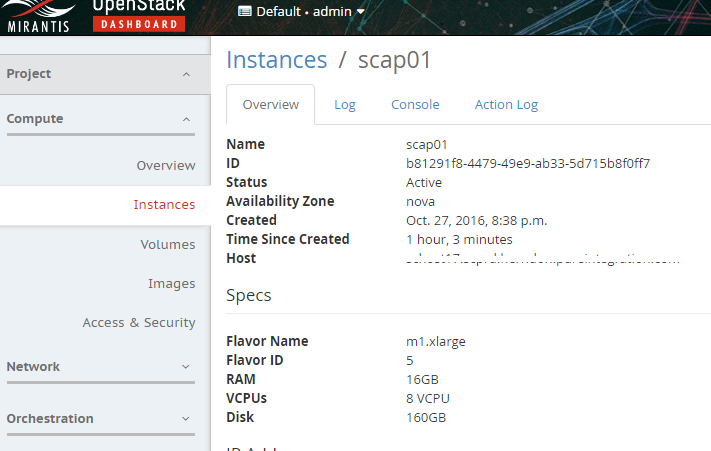 But Anaconda cannot see it: 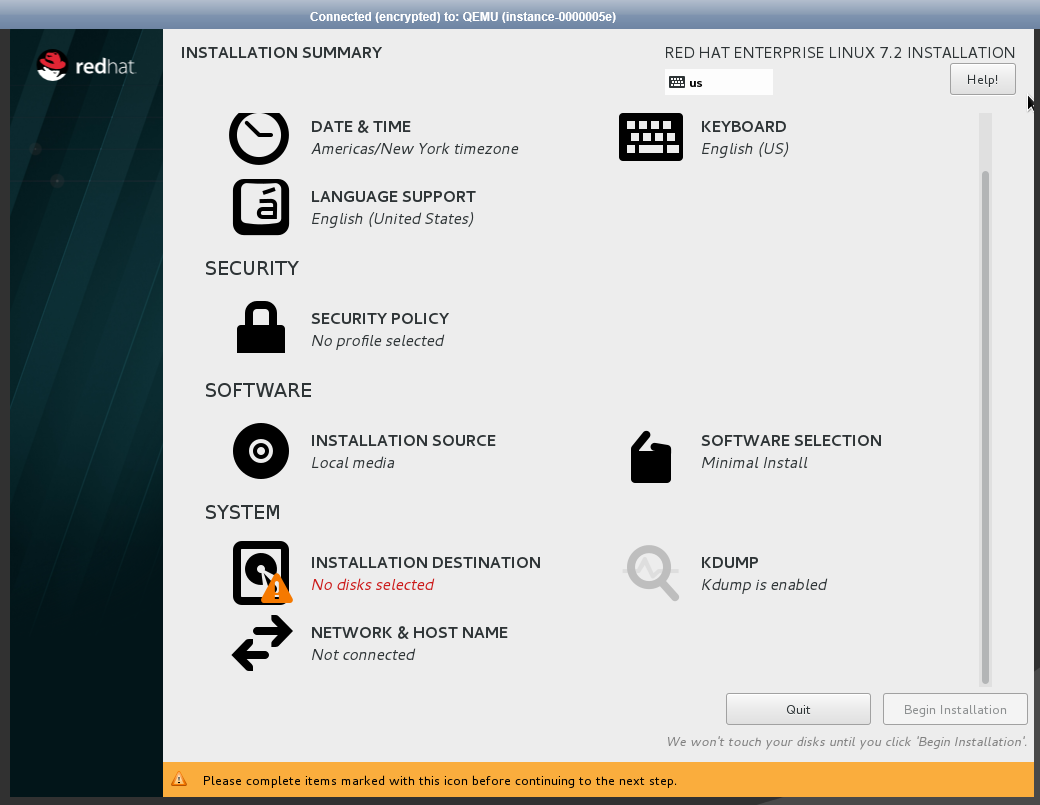 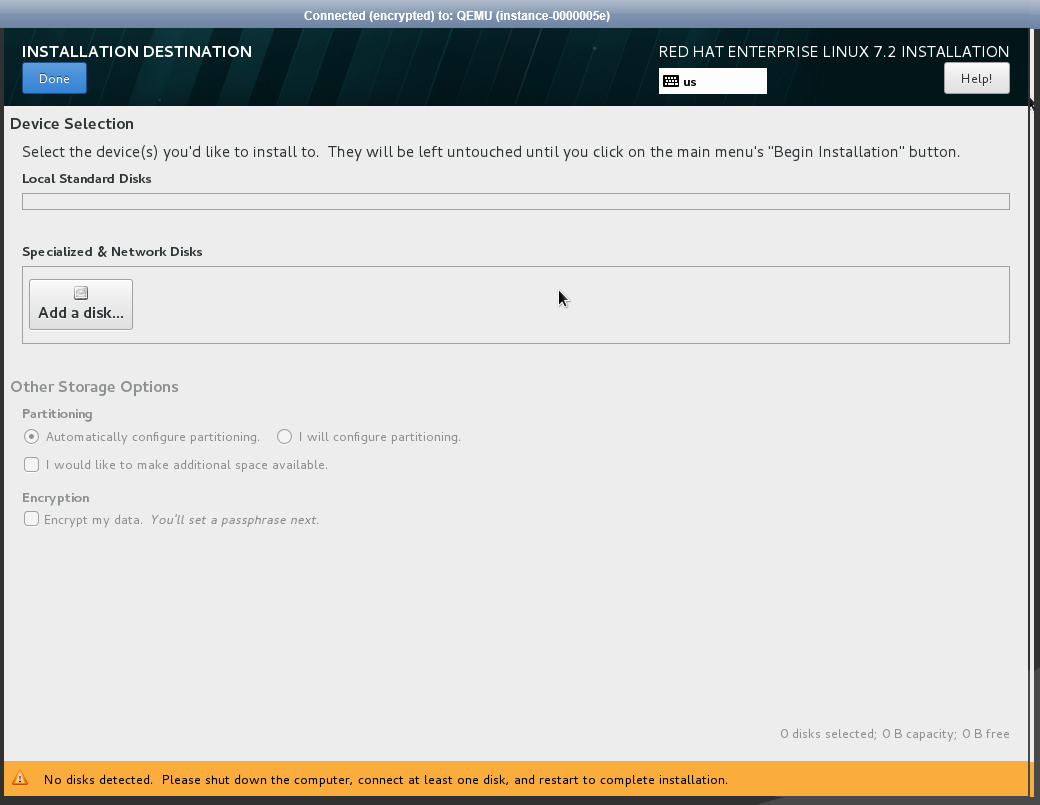 The virtio drivers should be standard (as of RHEL 6.4) in the ISO - especially since Red Hat also distributes a KVM image of 7.2 that is "ready to deploy" with Open Stack with the same release date as the ISO media.

Why would the installer not be able to see the attached volume during install? Do I need additional drivers, etc to get it to load?

Build VM in KVM away from OpenStack, convert into image, and push into OpenStack library

Still want to know why the build-from-ISO route did not work, but it's more important to be able to move ahead with this project.

Not the answer you're looking for? Browse other questions tagged openstack rhel7 virtio or ask your own question.