In Server 2012 R2 it was possible to manually install the RDS Gateway role without needing an entire RDS deployment.

In 2016, the Gateway component is missing - as can be verified by running Get-WindowsFeature in a Powershell prompt. It seems the only way to add the component is to do so after completing a RDS deployment.

Is there another approach that will allow use of RDS Gateway as a standalone component? 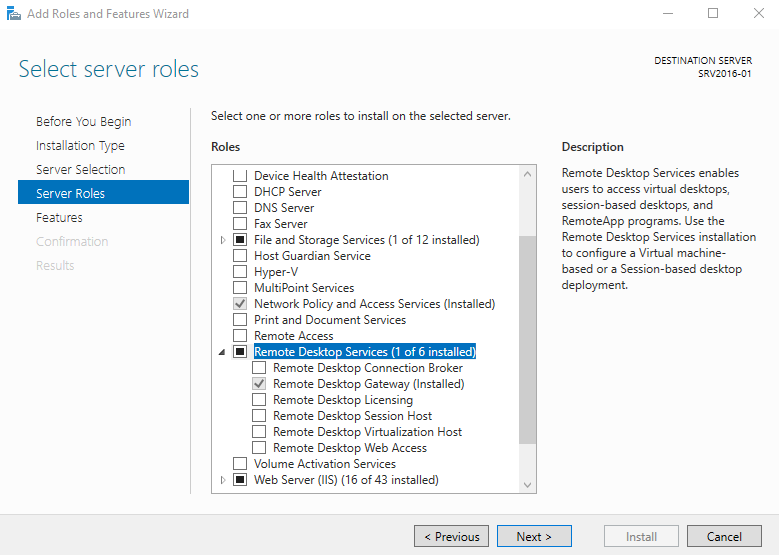 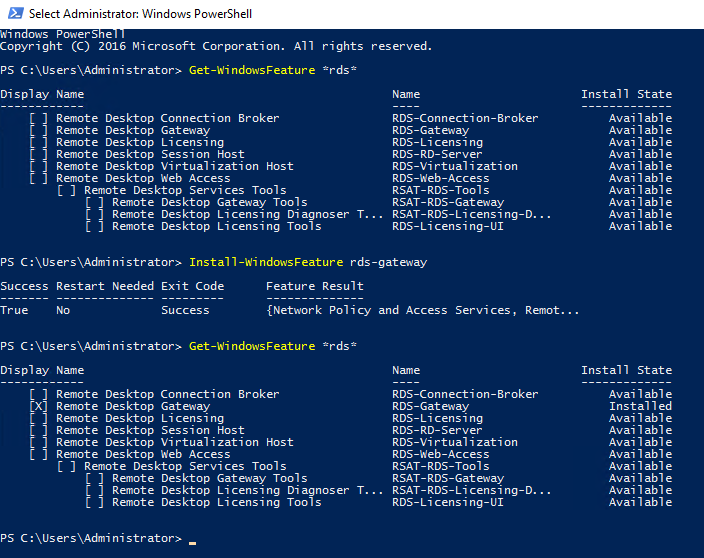 So it should not be a problem to add just this Role Service. This is actually exactly the same situation we have in Server 2012 R2. I'm not sure what can cause missing RDS Gateway in your case, as even when it is uninstalled using -Remove switch ("Features on demand") it is still listed by Get-WindowsFeature commandled with Install Stare = "Removed":

Probably you run some very specific installation/edition or Nano server image? Or you are using some TP build? I took all the screenshots above from RTM version install and also checked the same on TP5.

Not the answer you're looking for? Browse other questions tagged rds windows-server-2016 or ask your own question.