TLDR: Is there a way to use "ip route" to add multicast routes for multiple NICs? 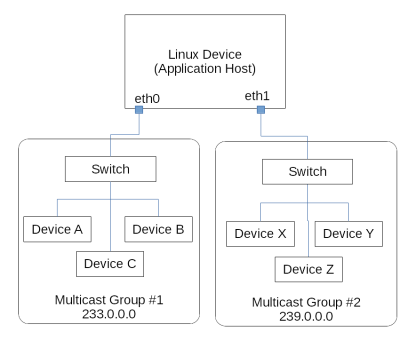 and verified via route -n

I recently read that route was deprecated/obsolete and that we should be using ip route instead, eg

Unfortunately, the second call fails with "RTNETLINK answers: File exists" and of course the second route doesn't show up after these calls.

Is there a way to use ip route to add multicast routes to multiple NICs?

but this is problematic as the script that does this is not aware of what multicast address is associated with which device and its not always guaranteed to be the same depending on system configuration. Using my first example of route add makes this a non issue.

UPDATES Thanks to an extended discussion with @Ron Maupin, I realized the error was in our code. We were not setting the interface to use for multicasting with IP_MULTICAST_IF. Once I added the setsockopt call to set IP_MULTICAST_IF, I no longer needed to add the routing tables.

That you have multicast going through your Linux box by using unicast routing is a combination of a couple of lucky circumstances. 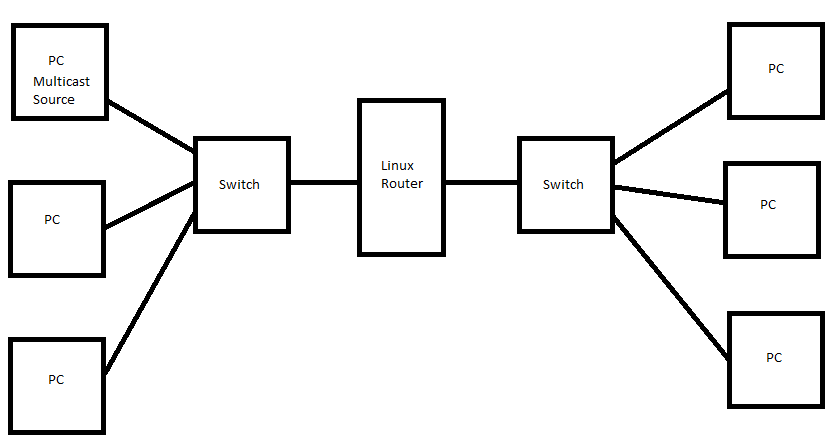 When one of the PCs on the same switch wants to join the multicast group, it will send an IGMP Join message, and the switch will snoop on that and send the multicast traffic to the port where the requesting PC is connected.

This all prevents multicast traffic from going where it is not wanted.

There are add-ons to Linux to aid it in properly handling IGMP and multicast routing.

For ipv4 you will need something to manage the IGMP or whichever multicast management protocol you are using. For ipv6 this is baked into the icmpv6 protocol so my understanding is that linux should handle this out of the box for you.

Not the answer you're looking for? Browse other questions tagged linux routing multicast iproute or ask your own question.

2
Multicast routing
1
Ubuntu can resolve DNS but cant PING our Download
3
How to use suse linux as a small router
0
Can I use routes to influence which interface address multicast listeners use?
2
Manual Multicast forwarding with Linux router
1
SUSE YaST routes not in kernel route -n
1
Machines disregarding default gateway
0
Separate corporate network traffic and internet traffic using two network interface
5
Routing traffic to two NICs on the same network