I am trying to benchmark an ASA under various conditions but what is throwing me off is my baseline seems to be odd. I am trying to load an ASA to full capacity. See the attached topology diagram: 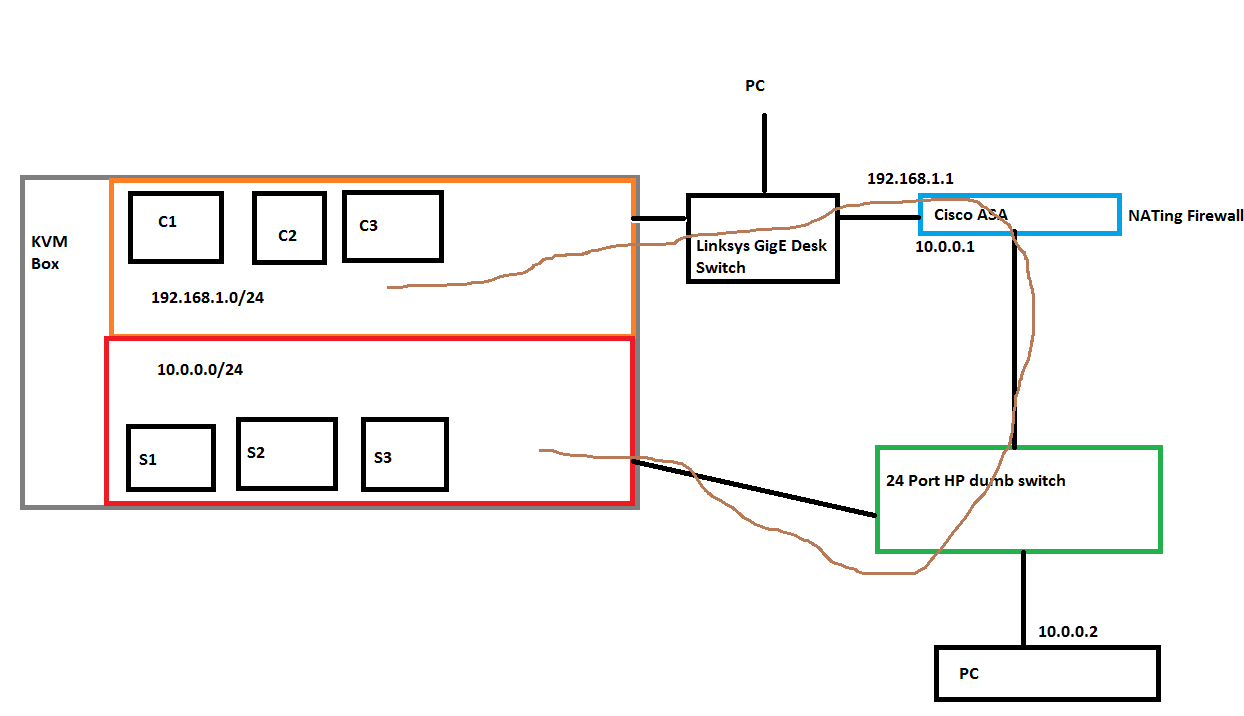 What I found odd was that even with all this going on the max I saw was just over 500 Mbps (observed via NLOAD on both VM box physical interfaces). Is this normal? Everything is Gig. Some questions:

Is there a better way to load test network equipment. Downloading a single large file does not seem realistic. I am trying to simulate a busy network doing web things and load the ASA to capacity.

I recommend the following for simulating network traffic.

Isolating segments could help identify bottlenecks such as your unmanaged switch.

ACLs with logging enabled or IPSec encryption can reduce throughput.

Transfer behavior differences between single and parallel downloads may be the result of network driver behavior rather than available bandwidth in the network.

Not the answer you're looking for? Browse other questions tagged networking cisco load-testing or ask your own question.