Does anyone know what (if anything) can be done to allow me to manage the iSCSI Target Server via Server Manager? I've tried moving the role to the other node in the cluster, and relaunching the Server Manager just in case there was cached data but it still doesnt allow me to add new iSCSI virtual disks. 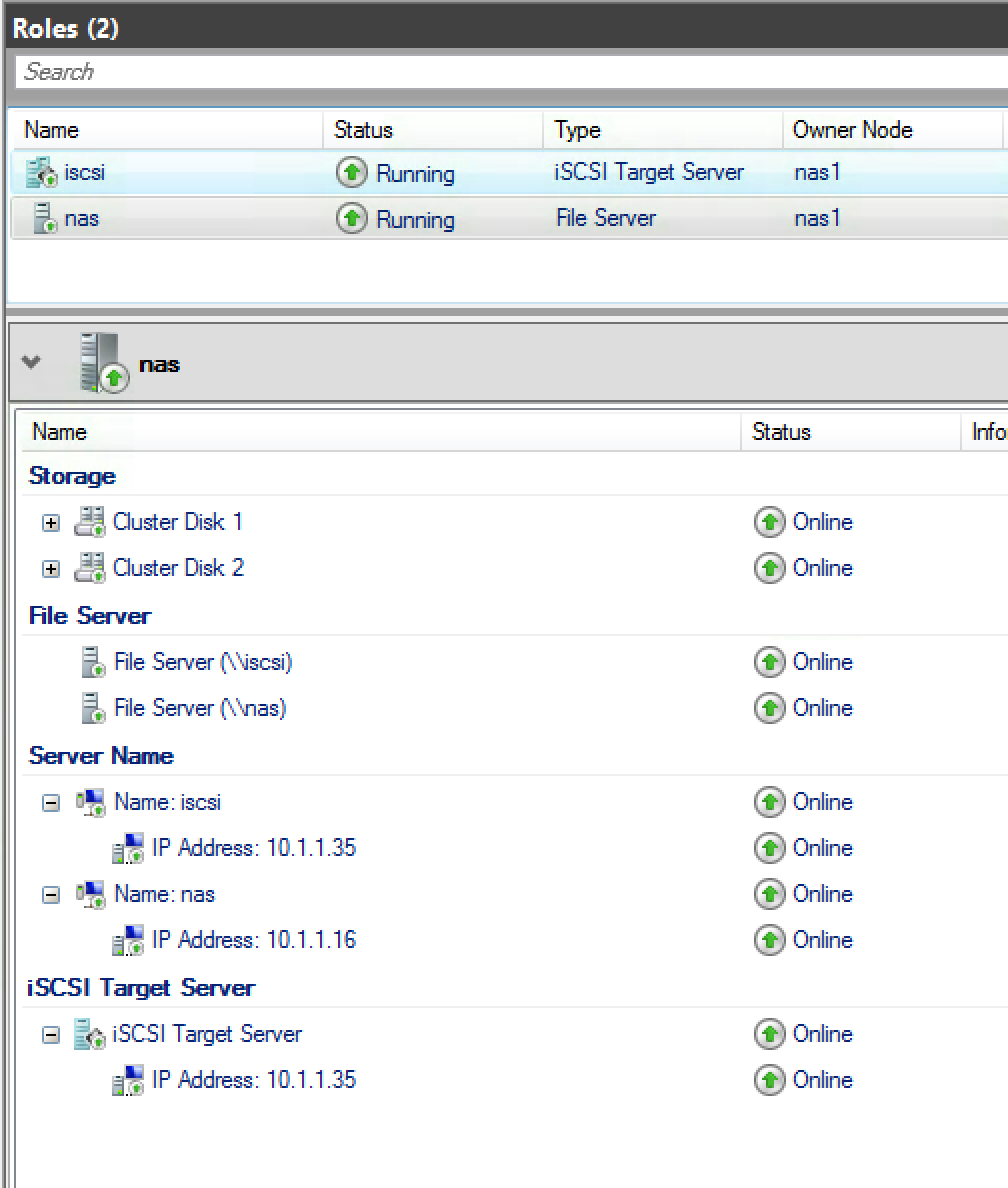 I see similar issue posted on technet. Is there any chance to see what does Event Log show?

For the case, from my experience, Microsoft iSCSI target is too slow. Currently, I use StarWind Virtual SAN Free that delivers really fast iSCSI server with the additional functionality of cache and log-structured file system (snapshots, dedupe, etc.). I suggest you try it since it solves the problem having a single management console: iSCSI server can be installed on whatever host you will to run it and then you can manage the server from any host at all using web GUI. StarWind Virtual SAN allows using PowerShell as well if you want to.

Not the answer you're looking for? Browse other questions tagged windows iscsi failovercluster windows-server-2016 or ask your own question.