I'm trying to remove the www from my request urls but when I add the following to my nginx config my AWS ELB health check fails.

Any idea what could be causing the issue? This is the rest of my config:

Here is my Health Check setup: 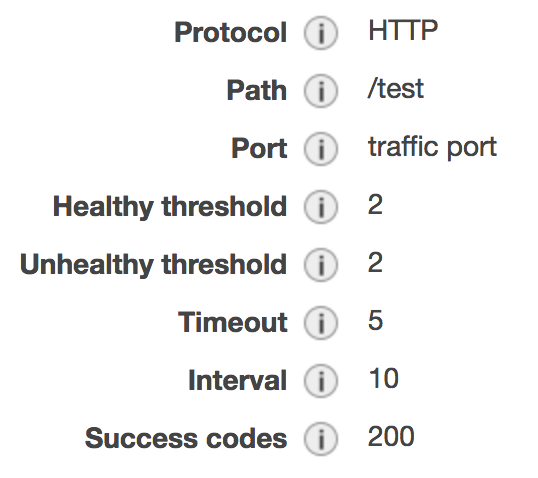 From the Amazon docs:

This makes it sound like the ELB health check is made via AWS private IP rather than domain name. From what I know of Amazon, that's how they prefer to do things when they can (for obvious performance reasons, no need for DNS lookup, can be handled by closer routers, etc.)

If that's the case, then the host header (unless it's blank, I'm not 100% sure how host headers work when you're making a request to a bare IP) will be the private AWS address of the EC2 instance (I'm assuming it's EC2) running the webserver. This impacts the way Nginx chooses what virtual server should handle the request.

Since Nginx has two server blocks, it has to decide which one gets any given request. The process by which it chooses server blocks (details here) is as follows:

If your redirect server comes before the main server config (as I would imagine it does) then this is probably your problem. You need to do one of three things:

If I'm correct in my hypothesizing, that should solve it.

Not the answer you're looking for? Browse other questions tagged nginx amazon-web-services amazon-elb or ask your own question.