I need to access some local network resources from a webapi running as an appservice.

For reasons, our local network gateway (Cisco ASA something) requires what in classic vnet lingo was called static routing and in the new RM lingo is called policy based routing. I don't have the option of using hybrid connection.

So I ended up with the setup shown below.

I'm unable to turn on "allow gateway transition" since that requires the peer vnet not to have an existing gateway and it was also not allowed on static/policy based gateways.

What I want is either to allow the AppService direct access to local netowrk, or access via a proxy installed in a vnet. Any ideas? 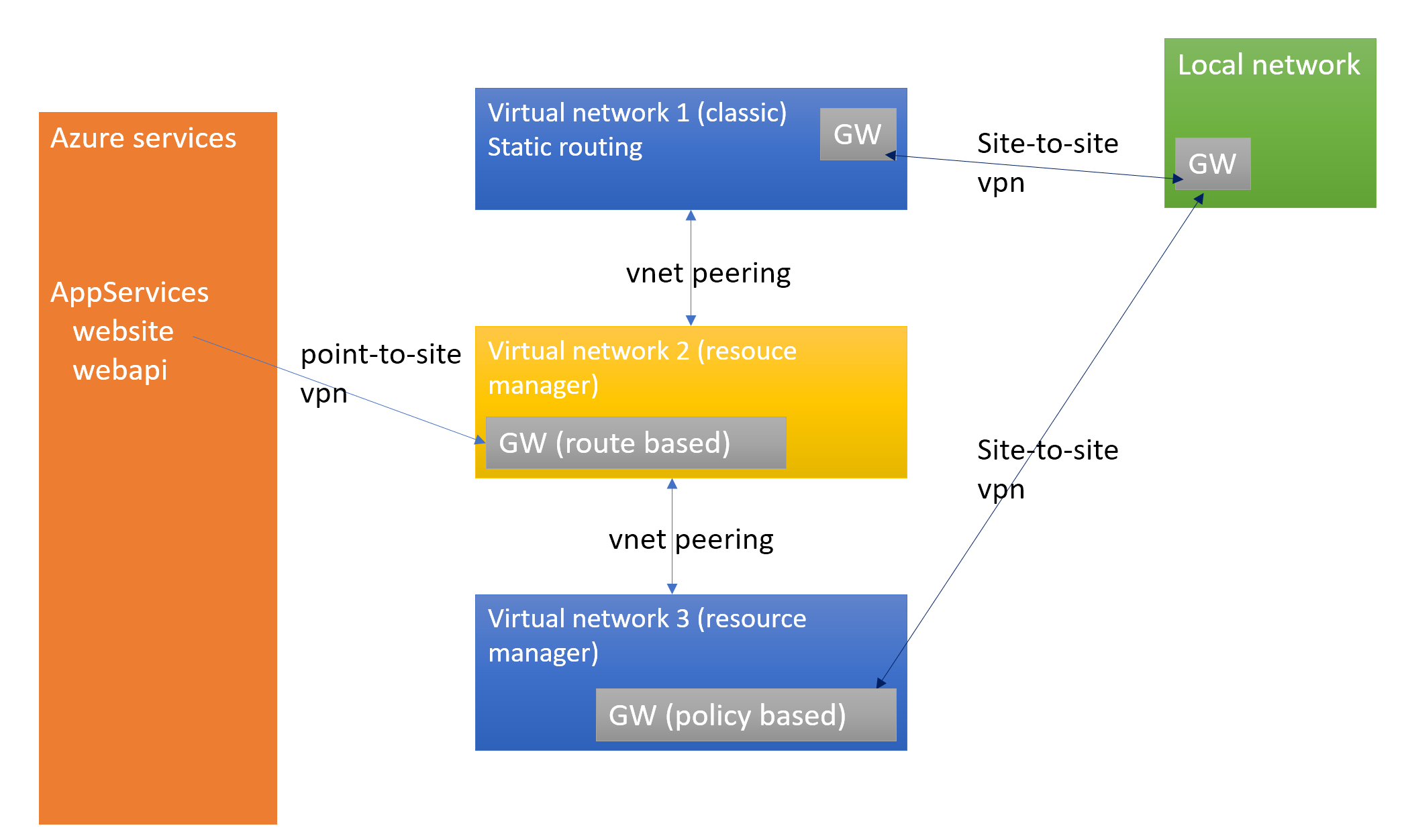 Based on my knowledge, according to your network architecture, it is not possible for you to access APP service from your local gateway.

Because VNet peering is between two virtual networks, and there is no derived transitive relationship.

More information about integrate your app with an Azure Virtual Network please refer to this link.

Now, your local gateway is static routing VPN gateway, it is not possible create a Site-to-Site VPN with Azure dynamic VPN gateway. If your local has a Windows Server, I suggest you could connect a site-to-site VPN with RRAS. More information about this please refer to this link.

Not the answer you're looking for? Browse other questions tagged azure azure-networking azure-app-services or ask your own question.