After a clean restart of the Exchange Server, Server Manager dashboard had red flags on 29 stopped services, most of which being Exchange-related services including the Microsoft Exchange Active Directory Topology service. 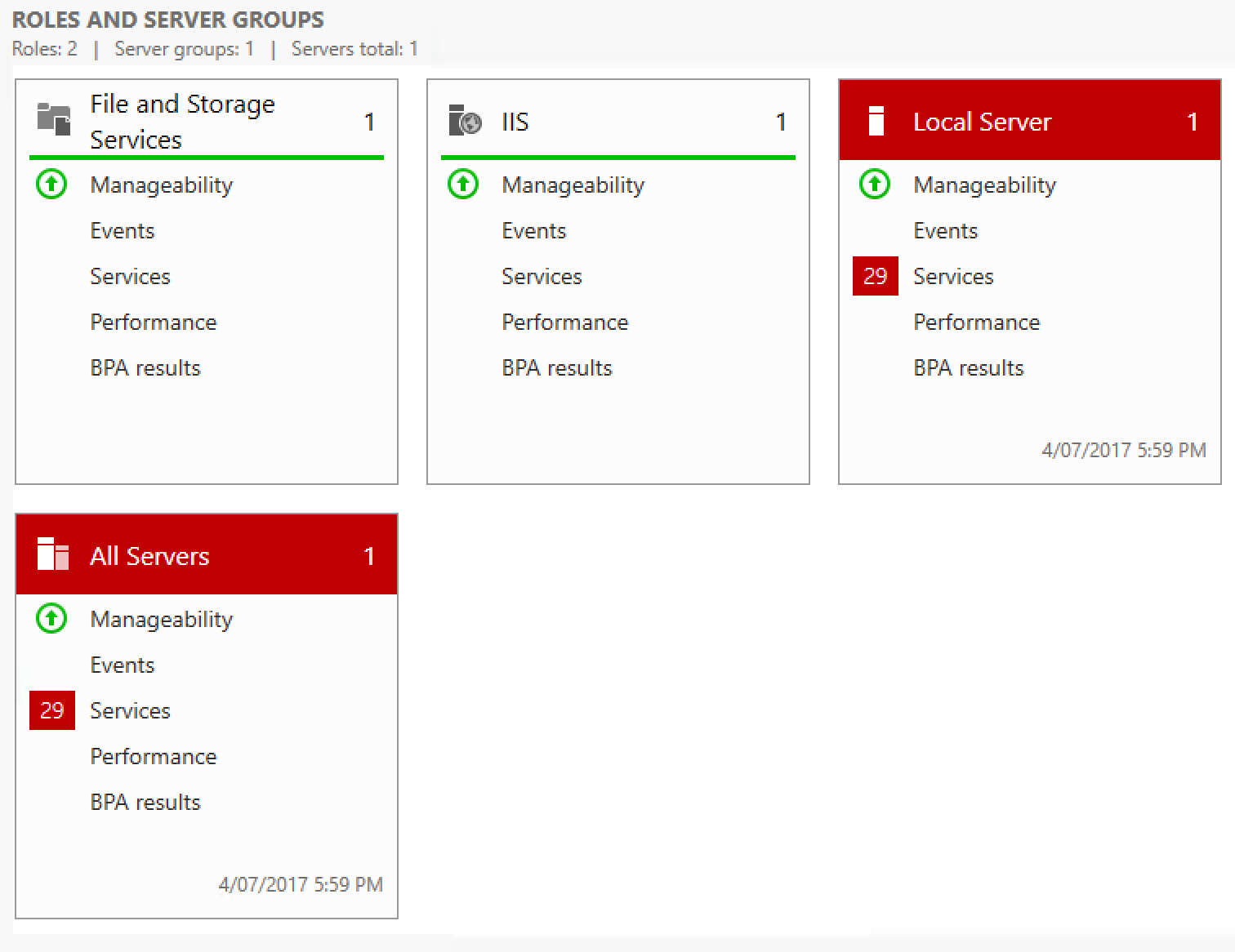 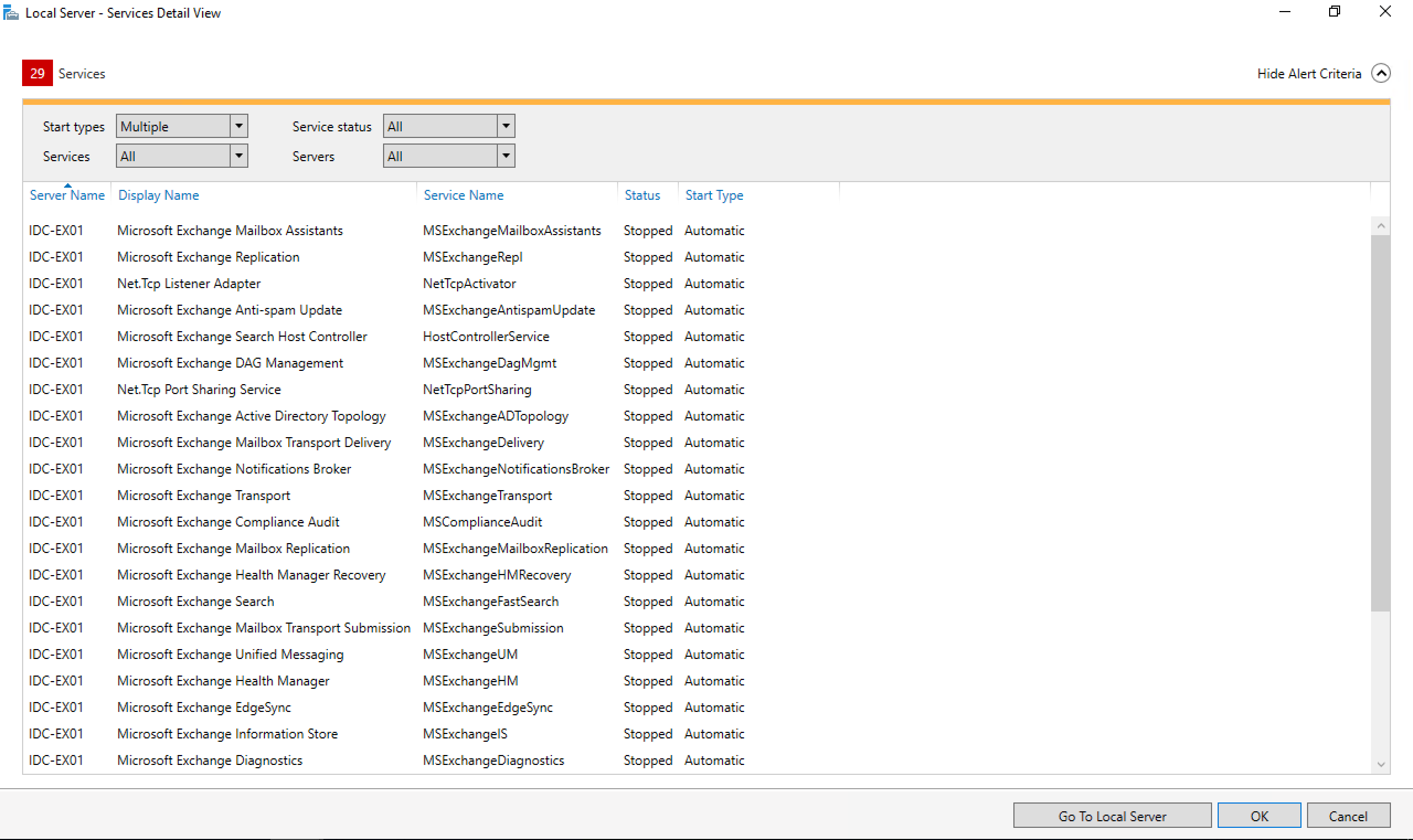 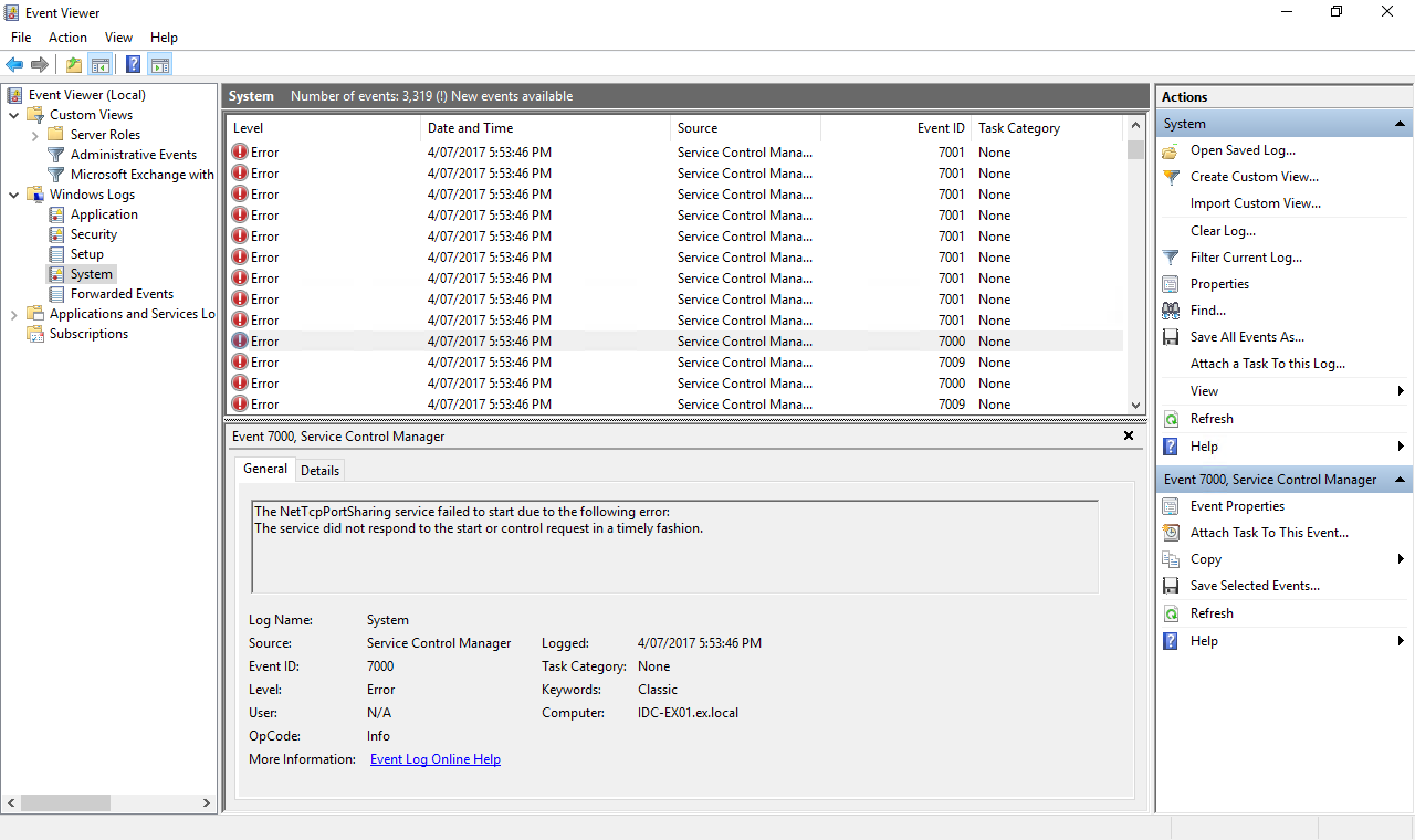 I cannot see anything in Event Viewer relating to the NetTcpPortSharing service start failure (Other errors in screenshot are just Exchange services failing to start because the MSADT dependancy service was not running).

After a bit of looking around I noticed the Windows Firewall turned itself back on for the new Domain network profile when AD was set up...

Disabling the Windows Firewall again and restarting both machines got it down to 8 Exchange-related services not starting: 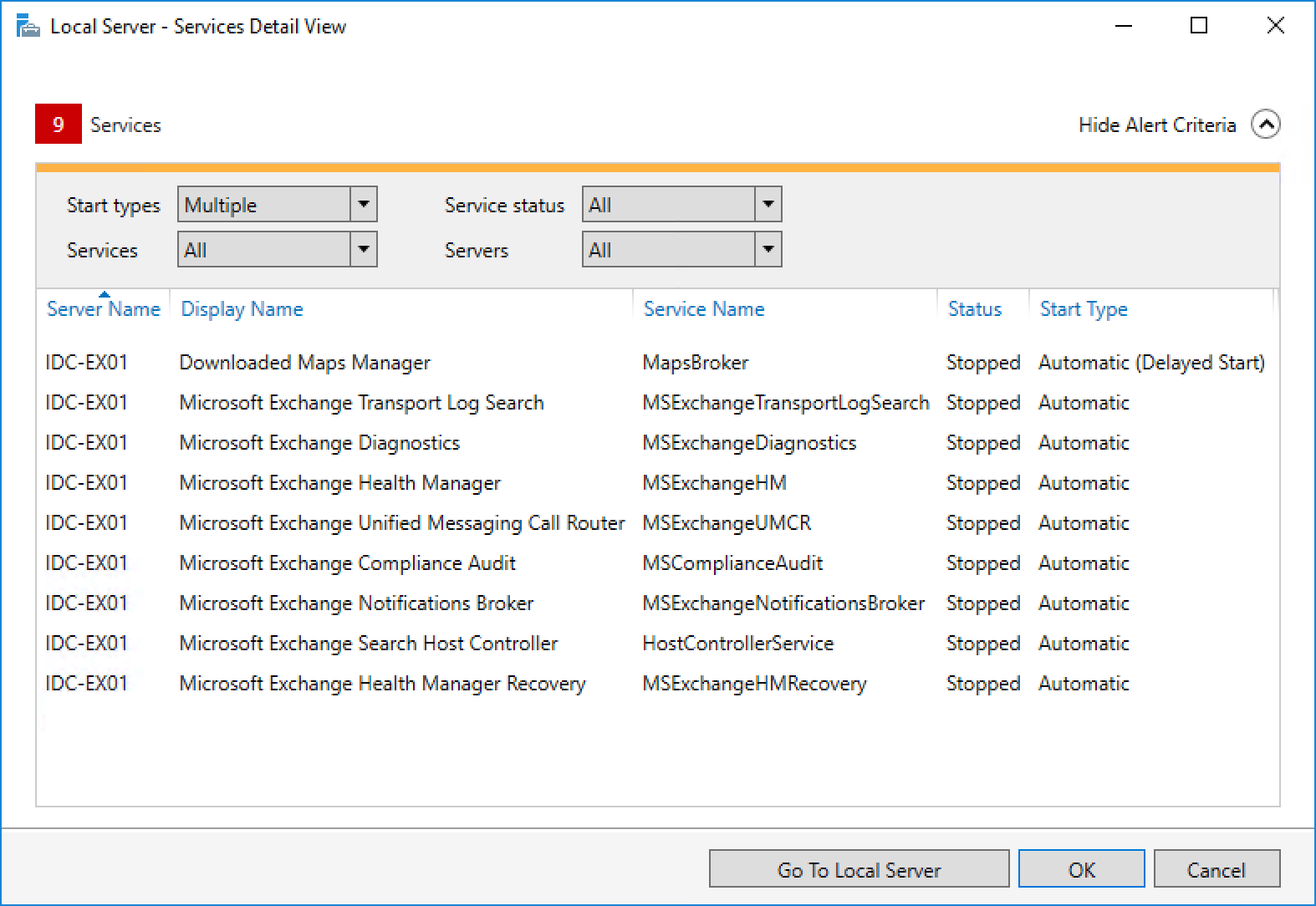 14
Windows services not starting automatically?
3
Windows 2008 R2 services not working
0
Installation Exchange 2016 IIS starts too many processes
2
Windows Server 2016 how to know if a service is going to start or not
0
Can't connect to Exchange 2016 from Outlook Client after Cumulative 13
0
Exchange 2016 does not start after fresh install