We have an odd situation with some of our servers where they don't appear to be able to shut down or restart without having to hard power them off manually.

At first I assumed it was just a one-time issue where a server had failed to come up after an update. However, since fixing our WSUS schedule, this seems to happen to three servers consistently when they're restarted or shut down either manually or through something like a Windows update.

During the interactive session that called the shutdown/restart, it seems to sit at the spinning wheel icon with the caption of either "Shutting Down" or "Restarting". It doesn't appear to have actually crashed and the servers still respond to ping requests. However, you cannot remotely connect to their event logs or initiate a remote desktop session. When trying to connect via KVM, you simply see the 2012 R2 lock screen and it doesn't respond to the Crtl+Alt+Delete sequence (which initially made me think that it had, in fact, restarted successfully and then crashed.. whereas actually it hasn't restarted at all at this stage).

So far, I have tried a few things which haven't seem to change the situation:

Because all three servers are the same model, I was initially inclined to suspect this could be an issue with the physical systems. However, this doesn't seem to be a documented R730 issue and, since all three are file servers, I am wondering if this could be a disk pool configuration issue or something?

I am really unsure which route to explore, to be honest. Wasn't sure the best way to attach a log in the nicest way either, but attached is a picture of the text from the system event log (from bottom to top). I don't see anything abnormal there or anything to indicate there's an issue (such as someone hard powering it down) and it says that it is shutting down. It just didn't.. 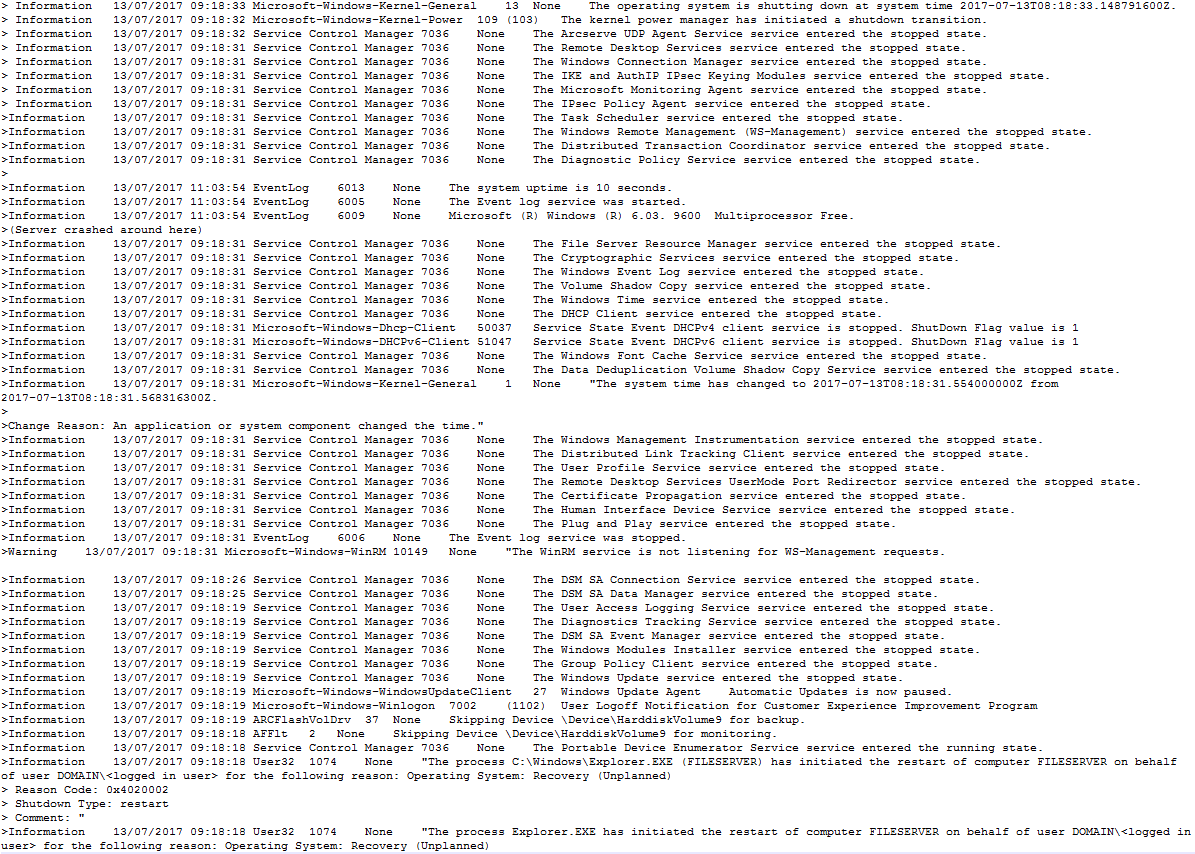 Any help is very much appreciated - or if anyone can suggest other avenues that I should try (Microsoft or Dell?)

Not the answer you're looking for? Browse other questions tagged windows-server-2012-r2 network-share dell or ask your own question.