Using Azure gateway VPN I created a site to site connection with another vpn device (checkpoint) over which I have no control (customer endpoint).

I created the connection, using their public ip, declared the secret key and for local address space I discussed with the client what 'local' IP is desired from both sides. We agreed to an IP in the 172.0.0.0 range.

The gateway connection says succeeded/connected, and I see very little traffic in the data-out field (kb's not mb's).

However, when I try to ping the local address space (172.xxx.xxx.xxx) from my windows server 2016 VM I only get Request timed out-errors.

Do I need to create additional routes in windows? I tried adding route

but the host is still unreachable.

EDIT: added some progress below

and via tracert I can see the 172 address is routed to/via de vpn gateway, but then it times out. Does this mean the issue now is on the on-premise side?

By now, when running the vpn diag. log I do see some traffic, but I still cannot reach the other side.

First of all, check if Windows Firewall is not blocking ICMP.

Search for Windows Firewall, and click to open it.

Next hop is also on-prem VPN:

As your VMs next hop is usually the Default Windows Gw, this will make sure that the next hop to reach azure_network is the azure_vpn_gw_ip. Make sure the route tables (local gateway configuration in Azure) has your on-premises network segment as well.

According to your description, it seems your custom network disable ICMP. There may be an edge network firewall implementation or Windows Firewall.

For debug your issue, I suggest you could check your VPN gateway log, please refer to this link.

VPN tunnel did not configure correctly. You need check your VPN configure again.

What kind of VPN did you provision? If you're not using Basic, BGP will automatically set up the needed routes for you.

If it's basic, then you will need to set up a route table in Azure yourself to direct traffic to the correct network. 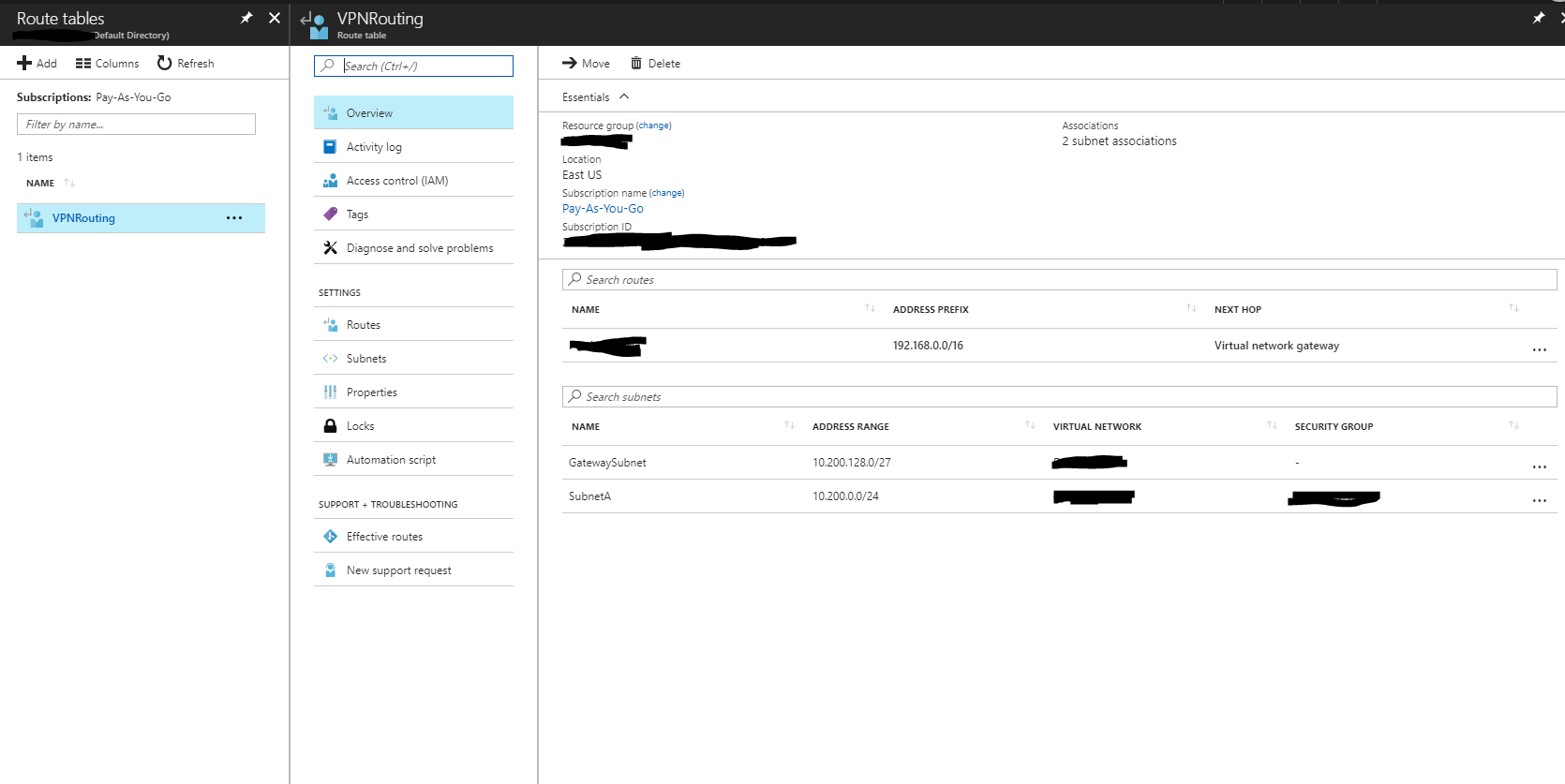 You should have the GatewaySubnet and your local subnet in the table with the next hop being the Virtual network gateway.

If that doesn't work, use the IP flow verify option to ensure traffic can get through your security groups. By default RDP should be reachable even if ping is not, so try different ports.

Not the answer you're looking for? Browse other questions tagged vpn azure windows-server-2016 site-to-site-vpn checkpoint or ask your own question.