Why is my "volume bytes used" always increasing on my Amazon Aurora cluster?

I have an Amazon (AWS) Aurora DB cluster, and every day, its [Billed] Volume Bytes Used is increasing. 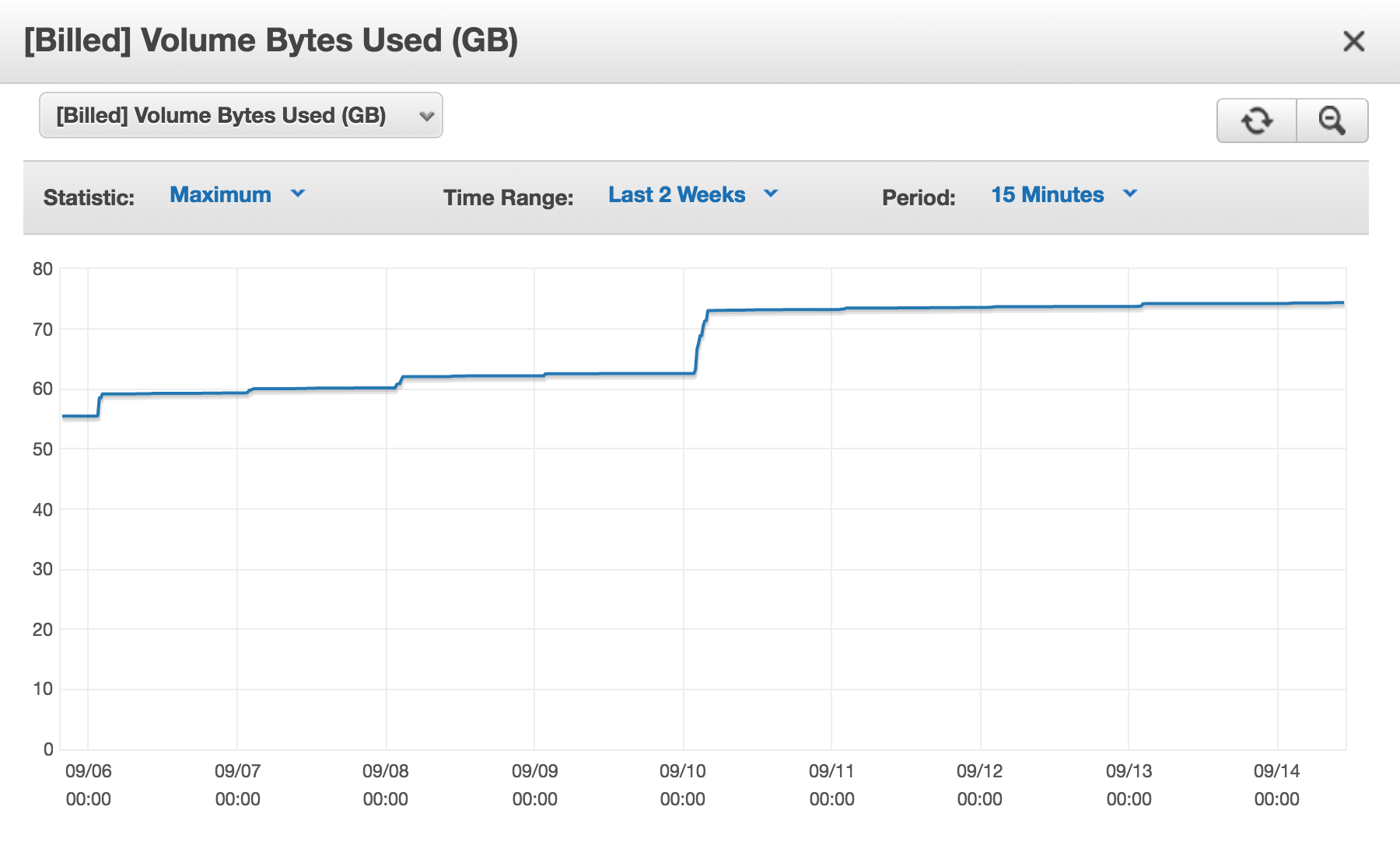 I have checked the size of all my tables (in all my databases on that cluster) using the INFORMATION_SCHEMA.TABLES table:

So why an I being billed almost 75GB at this time?

I understand that provisioned space can never be freed, in the same way that the ibdata files on a regular MySQL server can never shrink; I'm OK with that. This is documented, and acceptable.

My problem is that every day, the space I'm billed increases. And I'm sure I am NOT using 75GB of space temporarily. If I were to do something like that, I'd understand. It's as if the storage space I am freeing, by deleting rows from my tables, or dropping tables, or even dropping databases, is never re-used.

I have contacted AWS (premium) support multiple times, and was never able to get a good explanation on why that is.
I've received suggestions to run OPTIMIZE TABLE on the tables on which there is a lot of free_space (per the INFORMATION_SCHEMA.TABLES table), or to check the InnoDB history length, to make sure deleted data isn't still kept in the rollback segment (ref: MVCC), and restart the instance(s) to make sure the rollback segment is emptied.
None of those helped.

There are multiple things at play here...

Thankfully this won't be an issue for much longer. AWS has announced dynamic resizing for storage space: https://aws.amazon.com/about-aws/whats-new/2020/10/amazon-aurora-enables-dynamic-resizing-database-storage-space/

When Aurora data is removed, such as by dropping a table or partition, the overall allocated space remains the same. The free space is reused automatically when data volume increases in the future. https://docs.amazonaws.cn/en_us/AmazonRDS/latest/AuroraUserGuide/Aurora.Managing.Performance.html

Not the answer you're looking for? Browse other questions tagged amazon-web-services amazon-rds or ask your own question.