GPO doesn't take efffect when applied to a Security Group

I have a GPO I created that adds a registry value (USER CONFIGURATION -> PREFERENCES -> WINDOW SETTINGS -> REGISTRY). I want it to target a specific group of users that are in a security group I created. The security group I created is called Remote Access VPN Users. I've added myself to said Security Group (did this over a week ago), confirmed replication. Under the SCOPE tab, under Security Filtering, I removed Authenticated Users and added the Remote Access VPN Users security group. Saved and forced gpupdate but it never creates the registry entry.

Do I need to use a Distribution Group instead of a Security group? The policy is linked to my domain.

If you remove authenticated user, you need to add an entry, domain computer/read in the security. Its a new security MS fixed last year 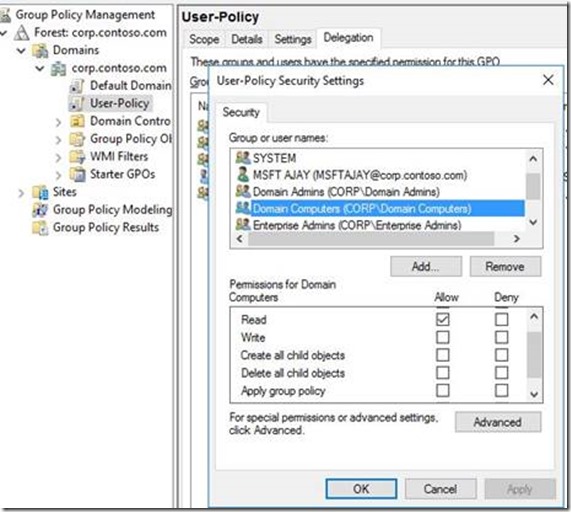 For the explication please see there;

Not the answer you're looking for? Browse other questions tagged windows-server-2008 active-directory group-policy or ask your own question.