Have been trying to find a feature similar to Windows 7/Xp system restore point, but all I was able to accomplish so far was a full massive disk backup using the Windows Backup Server.

Is there a better option, when you capture just the system state w/out any storage? To be able to restore to a point-in-time the OS image, not the entire disk.

This is the forced-options prompt I'm getting while choosing a bare-metal backup and attempting to skip full volume backup. None of the sub-folders can be skipped either. 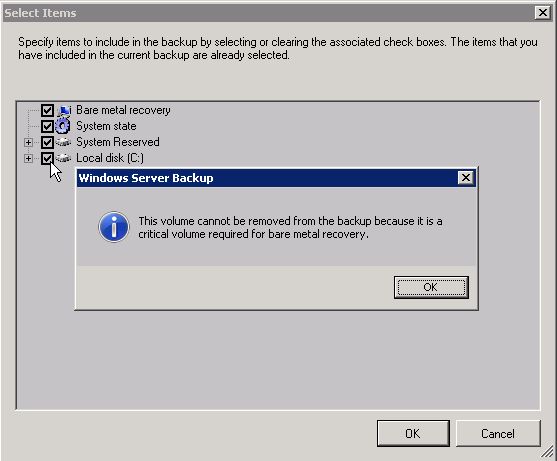 So instead of a system image that took some 70MB at most in Windows7, I can now only backup the entire humongous drive each time, which is not what we're trying to achieve at all.

That would be the minimum you need to back up the server to recover it from a critical failure.