I'm having trouble installing Ubuntu Server 16.04 LTS on a hardware RAID-1 setup on a new Dell PowerEdge R330 Server. I'm using a bootable USB made by Rufus-2.18. (I'm a newb to server setups, so please excuse me for anything ignorant I missed or did) The server has 2 480GB SATA SSD hard drives.

The first thing I did was go into the PERC S130 BIOS Utility, delete all existing virtual disks, and then make a new virtual disk consisting of both hard drives in RAID-1. When I did this, the Utility showed one line in the Virtual Disks that looked like "1-RAID1, 447GB, Ready".

Then, I went to the System BIOS Boot settings (I pressed F2) and I changed the hard-disk drive sequence to launch from USB first, and then the "Embedded RAID Controller 1". (The USB was already plugged in to the back of the server in one of the USB ports).

The image below shows what my BIOS Boot Settings look like. (The flash drive isn't showing under "Hard-Disk Drive Sequence" because it had already been unplugged when I took the picture.) 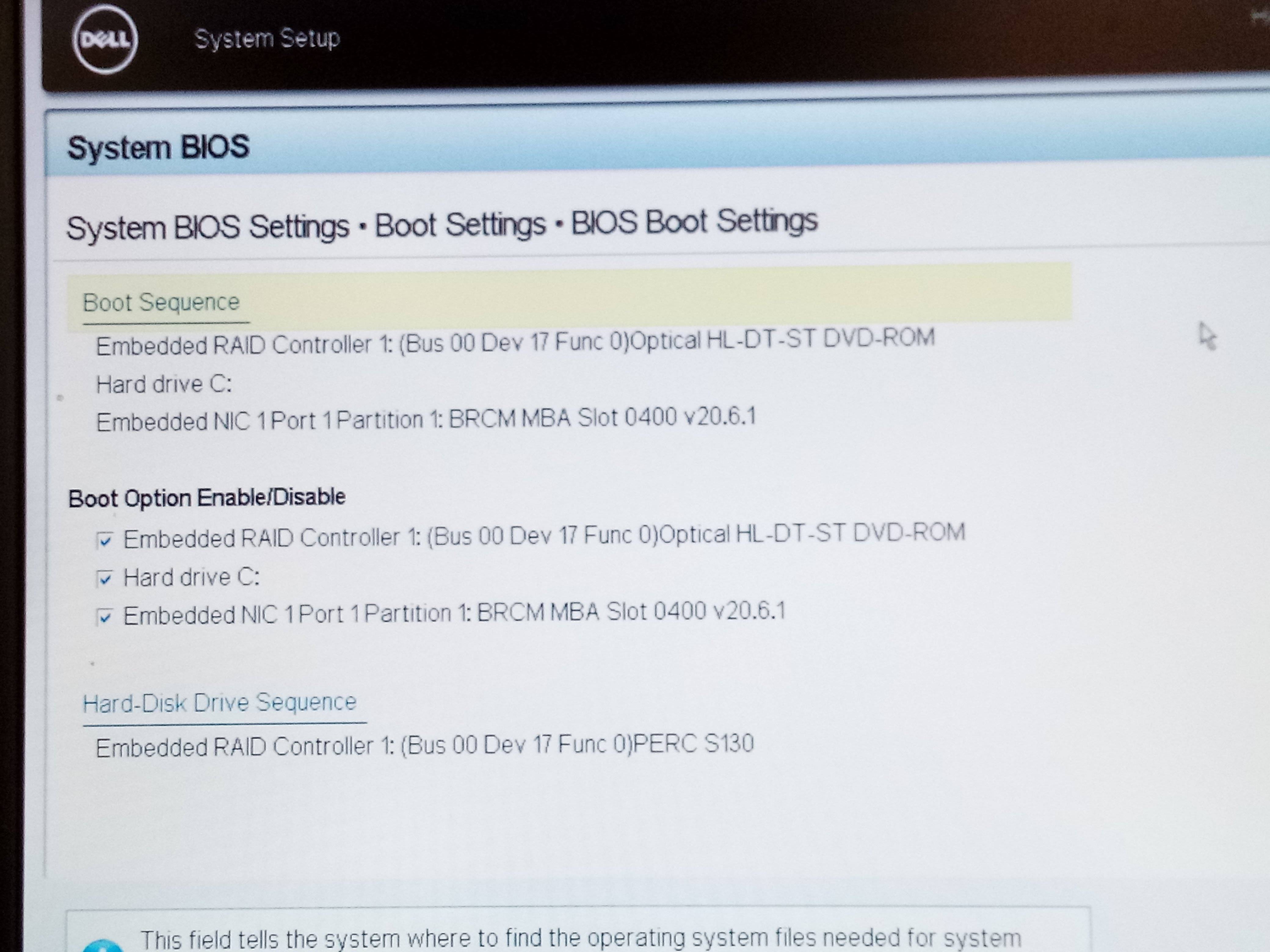 Next, I rebooted the server. The server began running Ubuntu Server setup as usual. However, when it came to the screen about disk partitioning (I picked "Guided Partitioning with LVM"), it still showed both hard drives. This confused me, because I figured Ubuntu should only be able to "see" one hard drive, which would be the virtual disk created by the RAID controller. 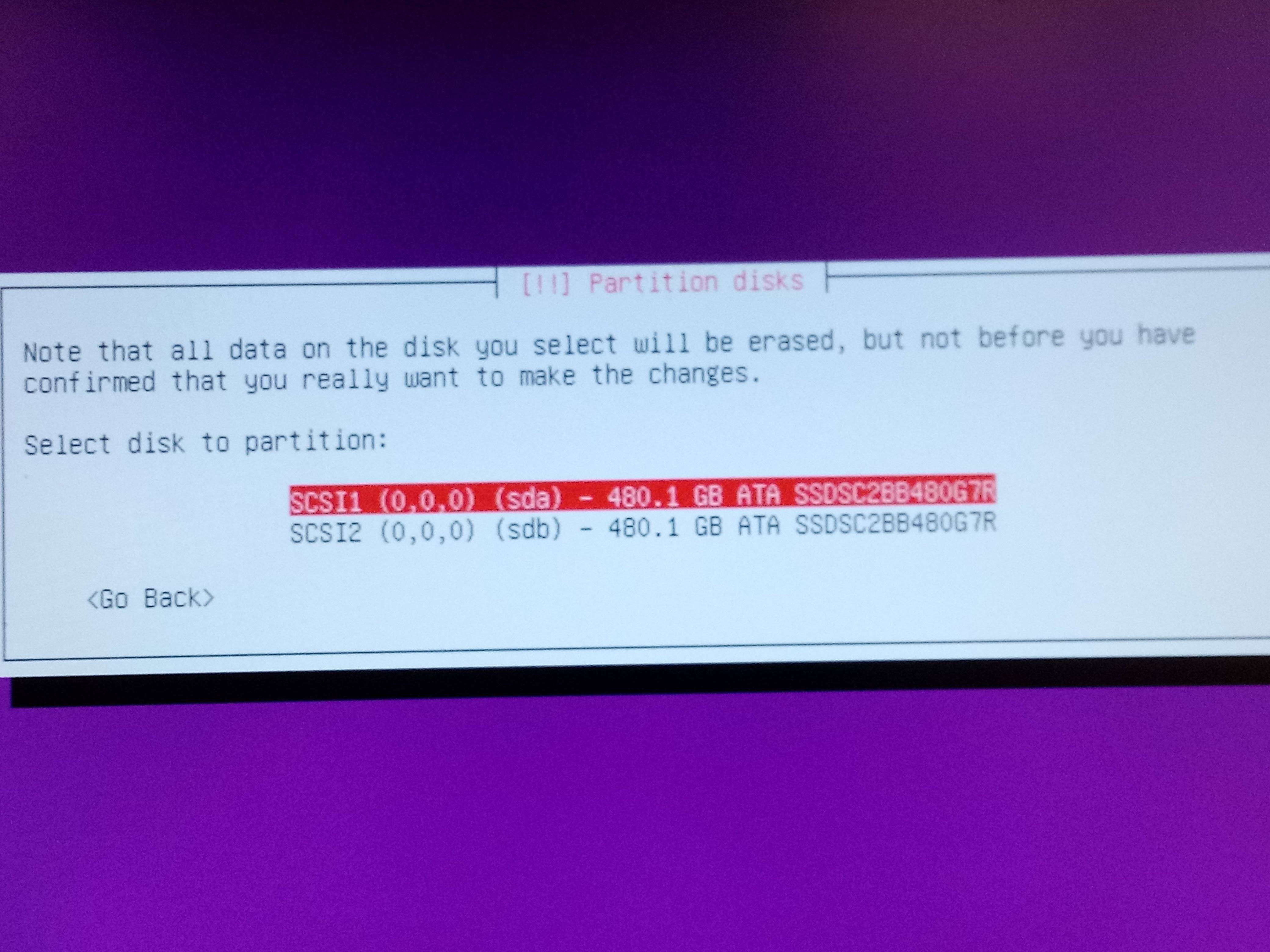 Not really knowing why this was happening, I went with the sda drive and continued. I eventually got to the GRUB bootloader install screen and, again, it showed both hard drives (which I guess is expected since Ubuntu recognized both drives from before). [Note in the image below, the bootable USB is plugged into the back of the server] 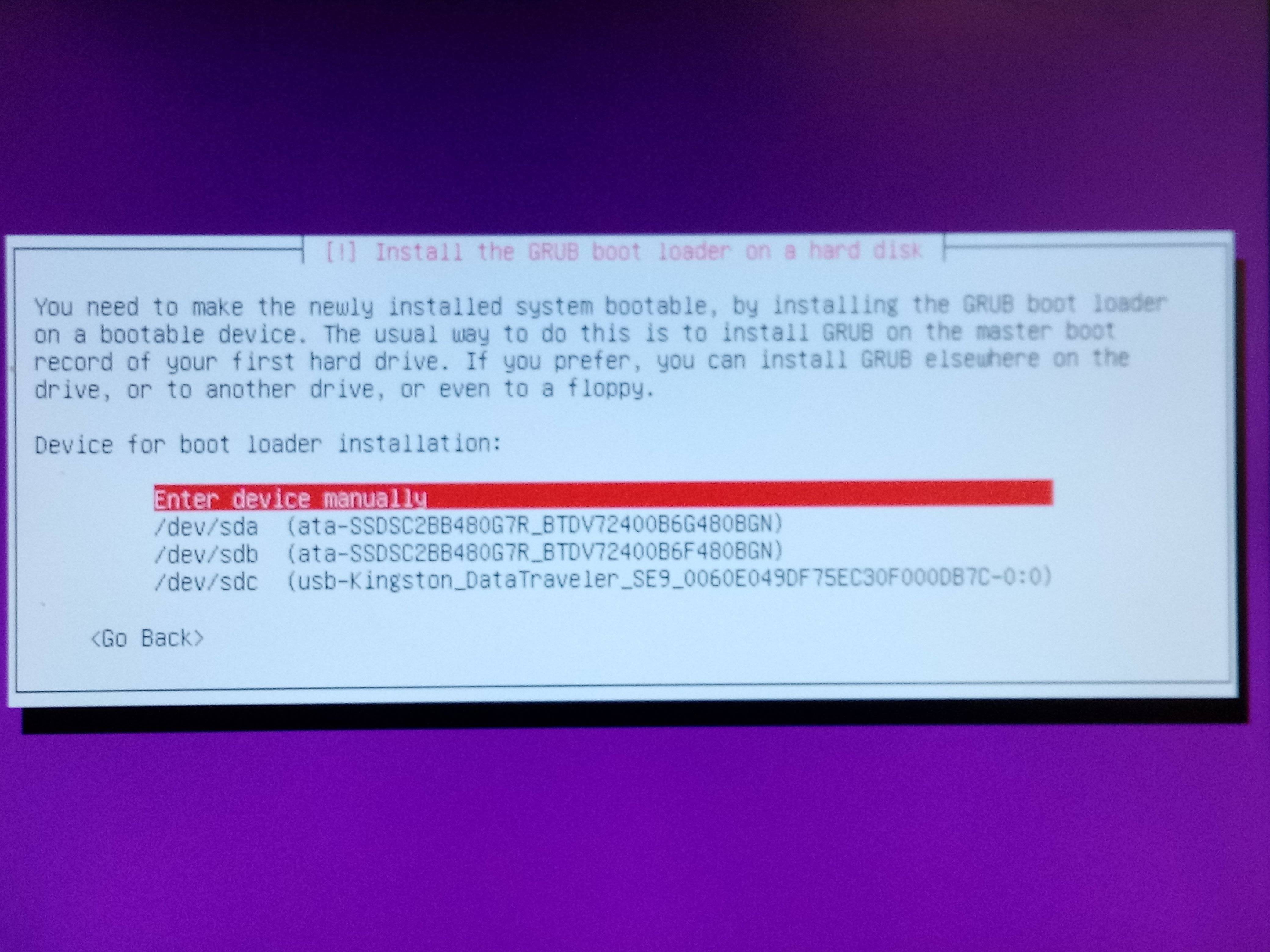 When Ubuntu finished setting up and the server rebooted, I went back to the PERC S130 BIOS Utility and it now showed the original virtual disk as degraded. There was a new virtual disk too that consisted of only the first hard drive, which I'm guessing Ubuntu made. (Obviously I'm guessing this is a byproduct of the above installation on sda). 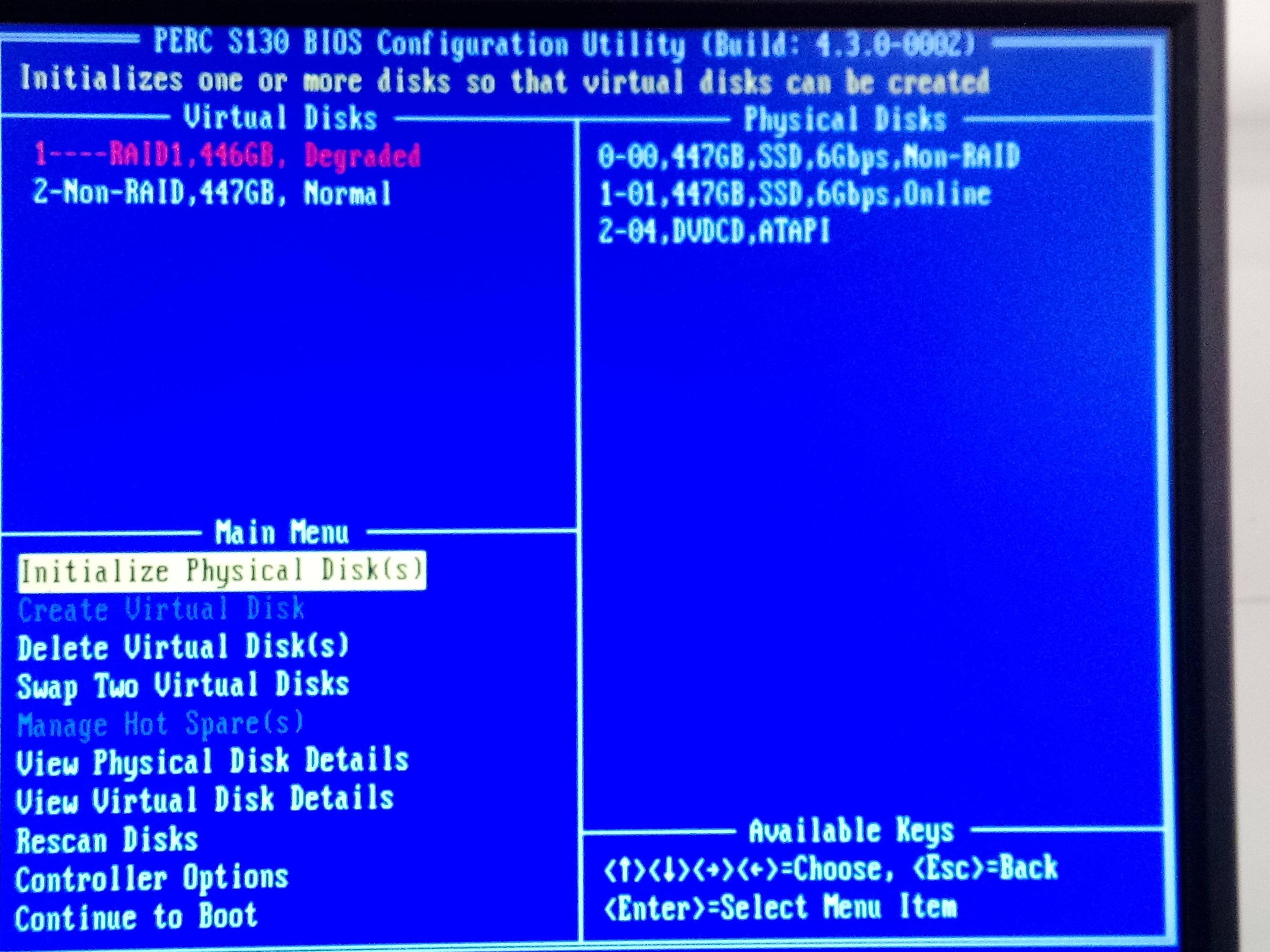 When I took out the first hard drive, the server no longer booted Ubuntu (thus confirming I wasn't successful in installing RAID1).

I'm stuck on how to get Ubuntu to see the virtual disk and thus install "onto the RAID controller", which would do the hardware RAID-1 stuff for me. I don't want to do software RAID since I'm pretty sure this server has hardware RAID.

If you need any additional info, please ask.

The S130 is a software RAID solution that needs OS drivers to support it. I believe that it is only supported by Windows OS and according to this RHEL7.2/SLES11/SLES12. This is why your Ubuntu is seenig the disks as JBOD.

As @Zoredache says you may as well just use an Ubuntu based software RAID solution configured during installation.

Not the answer you're looking for? Browse other questions tagged dell-poweredge ubuntu-16.04 raid1 dell-perc usb-boot or ask your own question.