How to enable Turbo Boost for a t2.micro instance?

From this page I see that t2 CPU can turbo boost up to 3.3Ghz: https://aws.amazon.com/ec2/instance-types/.

And this AWS official video said t2 CPU could be 60% faster than m4:https://youtu.be/FkMslBsVYFU?t=447 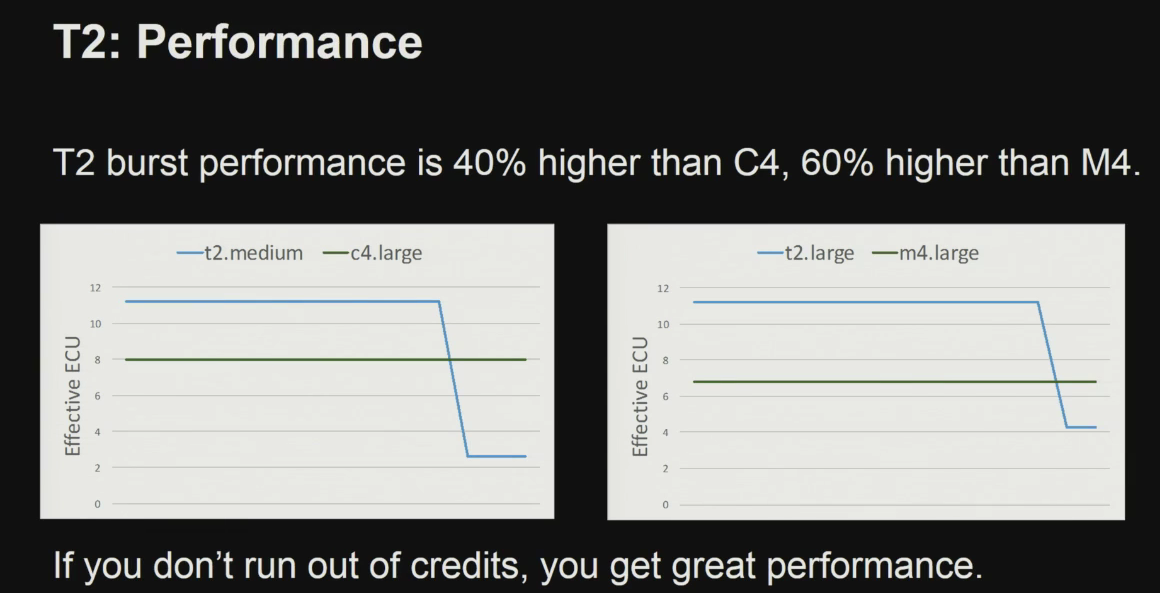 Then I made a testing:
Launched a t2.micro instances(ubuntu 16.04), use sysbench to make the CPU keep running at 100%. In the meantime I opened another terminal tab and repeated command grep MHz /proc/cpuinfo, but the result was always 2.4 (I expected 3.3). I also made the same CPU benchmark on a m4 instance and the running time was same with t2.

First, you will NEVER see real MHz on cloud/virtual servers due to host OS which is designed to emulate real hardware instead of be the hardware.

Second, the charts you posted metered in ECU, not MHz.

I've made additional research, the results are below. As you probably know, t2 instances have burst capability and during those bursts they run at more than 100% of CPU, however it can be measured in real tasks, not in MHz.

I run two instances: t2.medium and c4.large, as on the first screenshot of your video. All instances were created using the same Amazon Linux 2 LTS Candidate AMI 2017.12.0 (HVM), SSD Volume Type - ami-db1688a2

then run each of those tests three times

and recorded average value for each test, like here:

The results are in the chart, data are seconds, less means better:

The gain is ~20% which is les than on your screenshot but we don't know what tests were used by AWS (I asked but they didn't answer) nevertheless as you can see t2.medium was faster than c4.large.