If I share a folder on my hyper v host I can add and remove files at around 90MB/s through the network (both ports deliver the exact same speed).

Here you can see the details on the host.

The above picture is on the hyper V host. I have added Network 2 to the hyper v switch manager as Network 2.

Here you can see a picture of the Virtual switch manager and the network connection in the guest.

The problem is that when I share a folder from the guest to the network I can only access that folder att 10MB/s. That is, somewhere along the line my gigabit network is being choked down to a measly 100Mbit. I am not using a legacy connection.

It's not the disk, because on the guest I can shuffle files around between the harddrives at around 100MB/s. Picture below is the guest copying files from one drive to another. 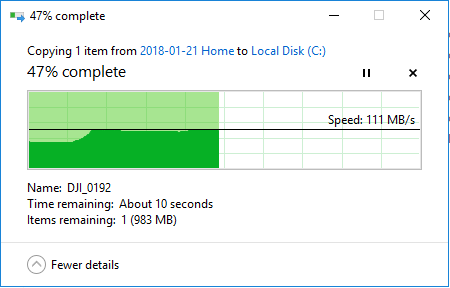 So my question is. What must I change in order to get Gigabit speeds from the Hyper V guest to my network as I'm now only getting 100Mbit from the guest to the network.

In all places I've looked it says Gigabit and the host can deliver on it, so why can't the guest?

Edit 2: As per request here are more details. Red is the host operationg system. Green is inside the Hyper V machine. 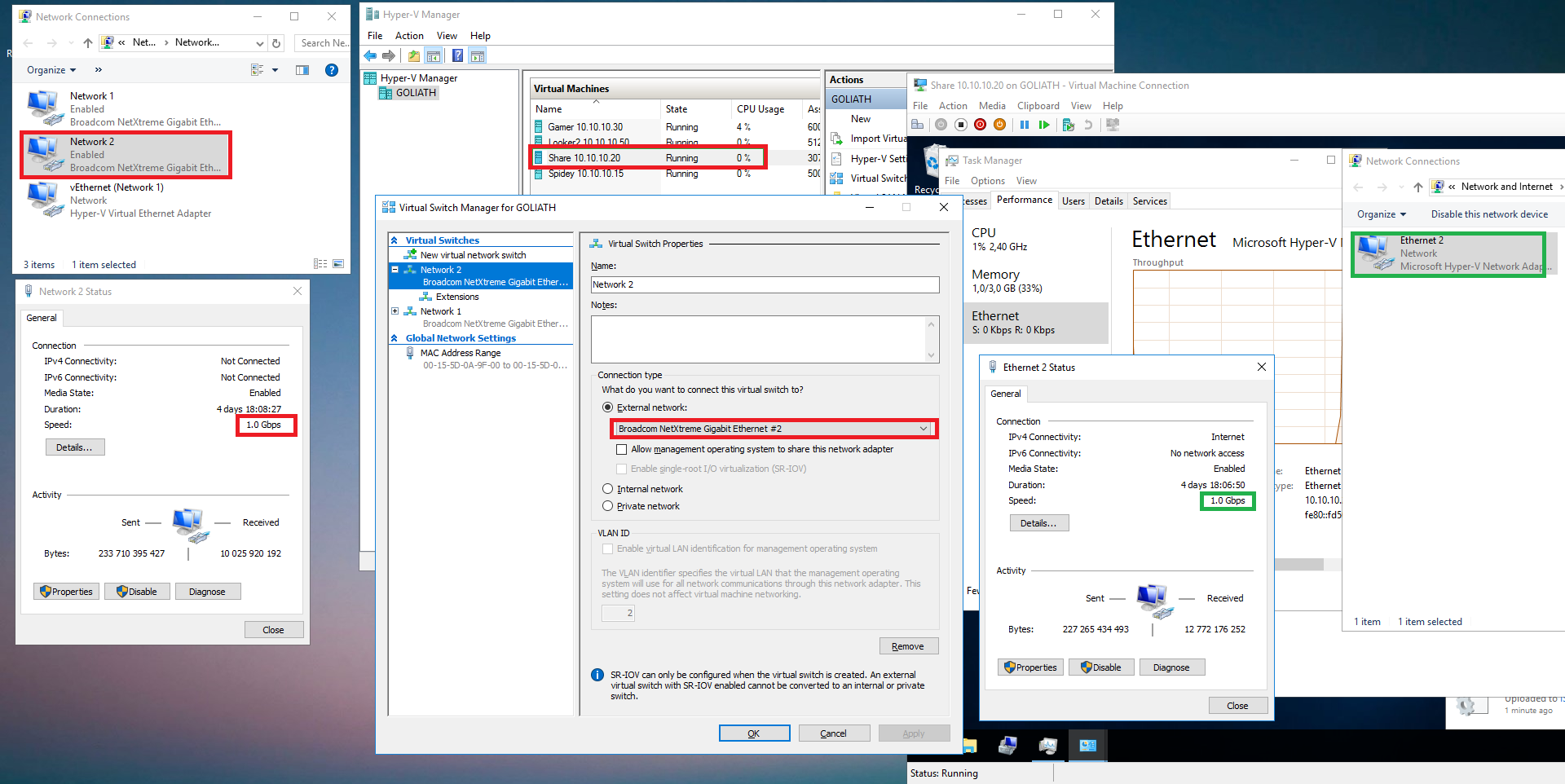 Another picture of the Guest network settings.

Verify that you're not using any of the "Legacy NICs" in your Virtual Machines? These are limited to 100mbps. This may be causing the Virtual Network (bound to the physical NIC) to negotiate the lower speed.

Other things to do: - Update NIC drivers - Force 1gbps operation in Device Manager - Replace the patch lead connecting the problem NIC - check cable. Two threads above had a similar problem solved by replacing a cable.

I have encountered this problem several times. I suppose it has to do with a quite infamous bug in Broadcom NIC.

I have found essentially two solutions -

First solution - most likely be helpful

Change the properties of your physical nic and Hyper-v switch: disable VMQ : 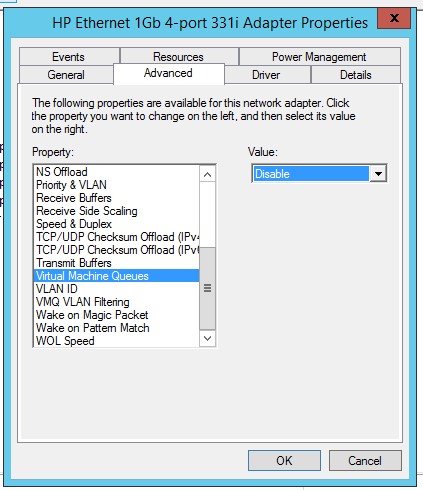 Disable all available "Offload options". TCP/UDP CHECKSUM OFFLASD and so on, all the options with "OFFLOAD" in it should be disabled. Try to disable the same "Offload" options in the guest systems.

I checked the link status (Get-Netadapter | select interfaceDescription, Name, Linkspeed) on Powershell and found it running on 100Mbps. Changed the speed settings of the port on my network switch where the server is connected to from Auto and forced it to run on speed 1000. This solved my problem. Check if this helps.

Not the answer you're looking for? Browse other questions tagged networking hyper-v windows-server-2016 hyper-v-server-2016 or ask your own question.