I've got a HP Proliant Micro Gen 8 server. I've had it a while with 1 4GB RAM stick installed. I've now installed another 4GB RAM stick, its the same type, except its not an HP genuine stick (presumably this doesn't matter).

When you look in the iLO it reports both RAM sticks installed and working fine as shown in the screenshot below.

In the BIOS configuration it also shows that there is 8GB RAM installed as shown in the screenshot below: 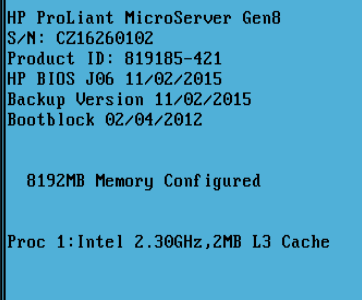 But during POST and when the OS has booted (Vmware ESXi) it shows only 4GB as being available as shown in the screenshot below: 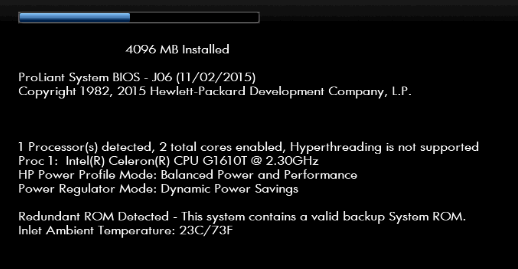 I've never seen this before, I've seen it where the additional memory is not detected at all but it is and shown is installed, but POST and OS showing as if it doesn't exist.

I've tried going into the Intelligent Provisioning for the first time, and found it doesn't work, goes to a grub menu for some reason, so I'm hoping the answer to fixing this doesn't result in going into the intelligent provisioning.

Not the answer you're looking for? Browse other questions tagged memory hp hp-proliant bios or ask your own question.