I have just moved our phone system over to SIP using BT Voice Cloud and having a problem with one way audio when making "internal" calls.

The original router (Vigor 2860n+) is the DHCP server, DNS server for the network and I need to keep that setup. I have plugged WAN2 into a new BT Hub for internet access. This network has a subnet of 10.0.0.0/24. 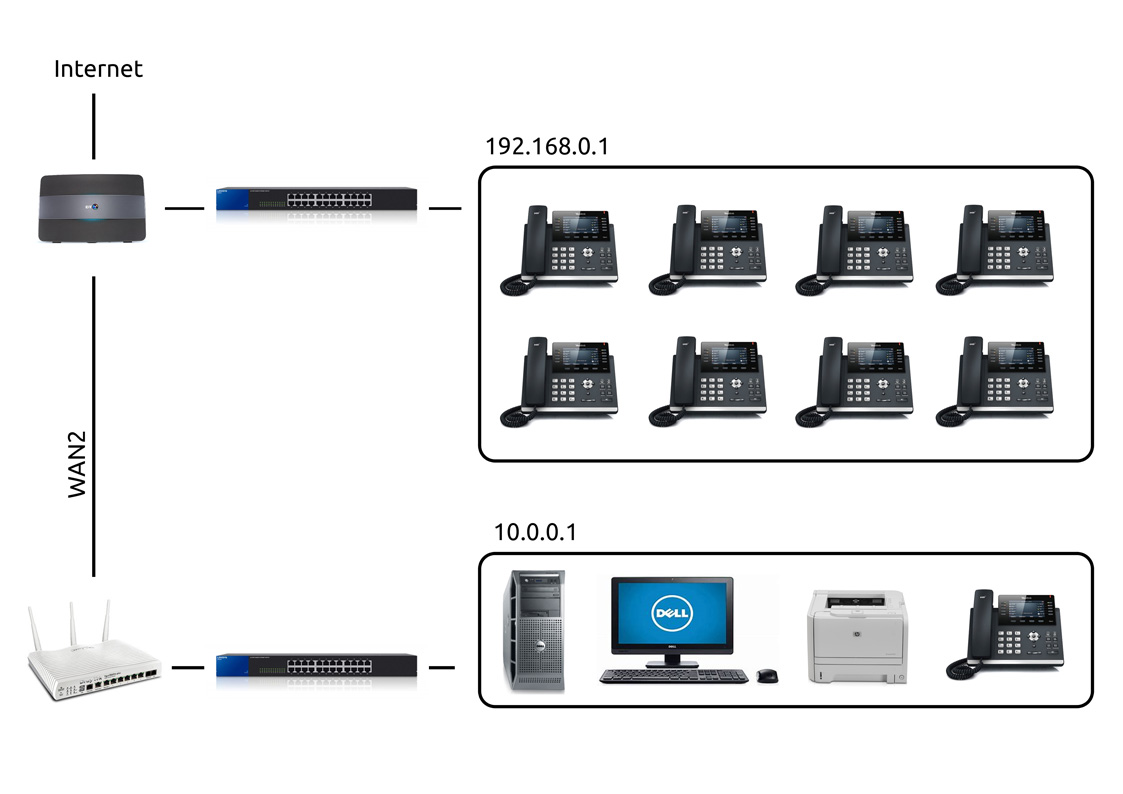 External calls are working fine but if an "internal" call is made from subnet to subnet, audio can only be heard from the phone on the 192.168.1.0 subnet.

I tried enabling ALG SIP/RTP on the Vigor 2860 and things started working but then calls made from phones on the 10.0.0.0 subnet to another phone on the same subnet had no audio in either direction.

I have also tried opening all ports on the router and turned the firewall off for testing but got the problem.

Plugging all phones into the 10.0.0.0 network works without any issue but I would like to try and separate the audio from the data network as much as possible.

Any pointers as to what the issue might be would be appreciated.

Both double NAT and firewalls are potential candidates for problems. I'd find a network tap / hub and run Wireshark - filtering on the IP of the closest phone - to see exact what is happening.

0
SIP configuration with a Sonicwall firewall
1
How to record SIP traffic / calls for future auditing?
1
Routing SIP between subnets
1
SIP (G.711) packets getting out of order
0
SIP INVITE packet has WAN address rather than call manager LAN IP
0
Cisco ASA 5500 - SIP ports other than 5060
0
One-way audio problems with SIP over AT&T
0
VoIP: No audio, local IP in SIP header
0
Asterisk One Way Audio or No Inbound Calls
1
VoIP one-way audio, only when call initiated from one side