Everything has been working fine, except on the project's web portal, on the Code page (code explorer), all of the files that are in the git repo are not appearing. For instance, we have an MVC project with a Models folder, and there are 11 classes, but only 7 of them appear in the webpage. There are other issues with the way the project is displayed. For instance, there are two project folders with the same name (with one character the case doesn't match), with similar contents, when really there should be one. 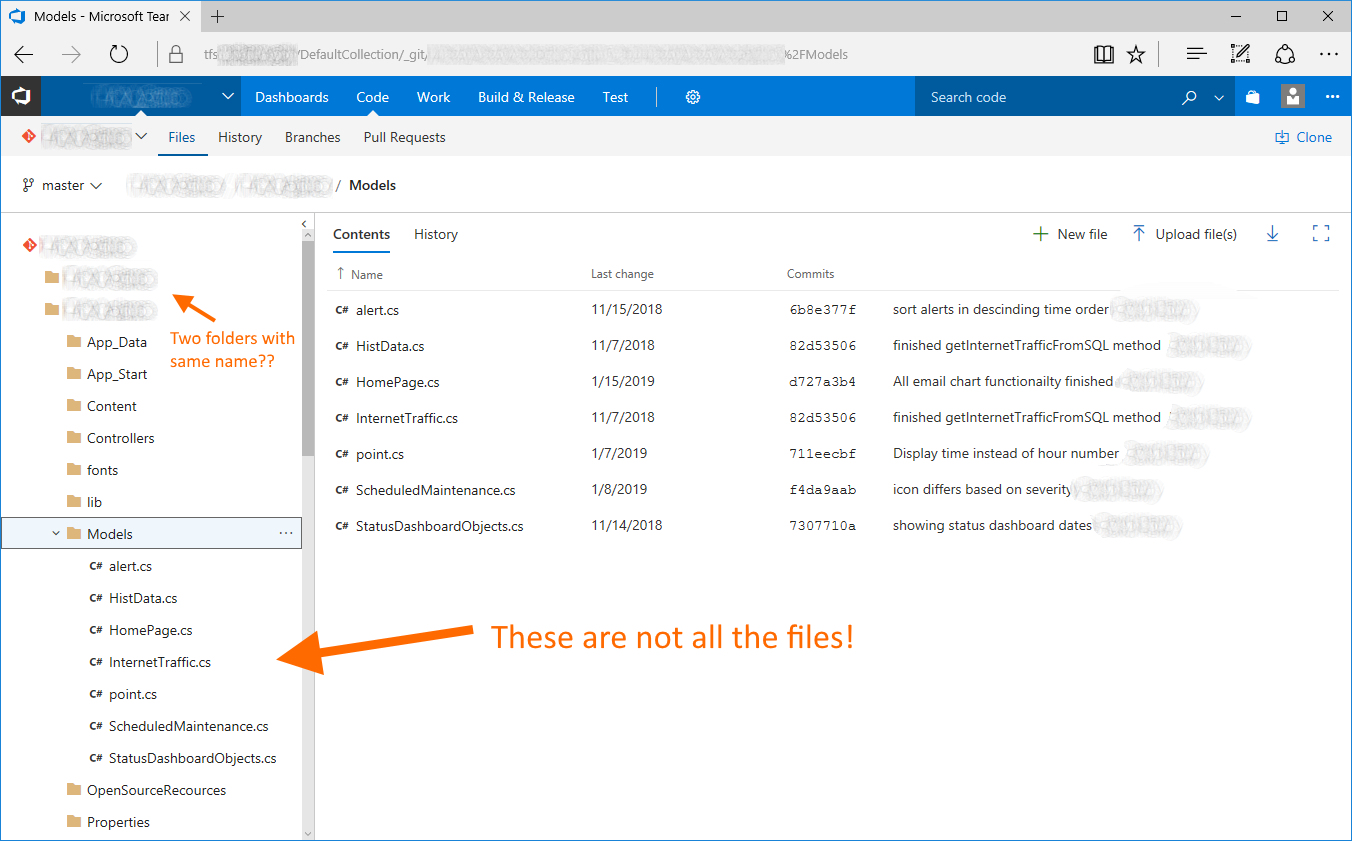 All of this is just confusing. Otherwise, things are working properly. We can clone the project or download it as a zip and all the files are there. It is just confusing the way it's being displayed under the Code tab in the TFS portal.

Git is a case sensitive version control system. Thus, it allows you to commit files and folders that differ only in case. This is perfectly legal and something that Azure DevOps and Team Foundation Server (and, really, every Git hosting provider) have to allow and support.

You can see this by running git ls-tree HEAD in your repository. It will show files in both the case variations.

One of two things has happened:

core.ignorecase is not a setting that should be changed. It is not an option. It is a cached value. Git discovers your filesystem capabilities when the repository is created (case sensitivity, Unicode capabilities) and caches them so that it doesn't have to re-discover this information on every command.

This value is not intended to be changed, otherwise you risk problems like this.

To resolve this, you can stage a rename from one case to the other. For example, if you have a repository that contains a folder named foo and another folder named FOO. Imagine that you have two files, foo/bar and FOO/baz:

To resolve this, decide which name you want to keep (foo or FOO) and rename the other. You'll need to use git mv with the -f flag:

You can check that in to resolve the problem.

If you have two files with the same name but that differ in case, you'll need to decide which name to keep.

To remove the other file, use the --cached flag to git rm to prevent removing it from the disk.

Not the answer you're looking for? Browse other questions tagged git team-foundation-server path or ask your own question.