Does Ubuntu 18/Linux respect the order of DNS servers?

Does Ubuntu/Debian (or Linux in general) respect the order of the DNS servers? Let's assume clean installation of Ubuntu 18.04

In Ubuntu 18, you can setup the DNS servers like this: 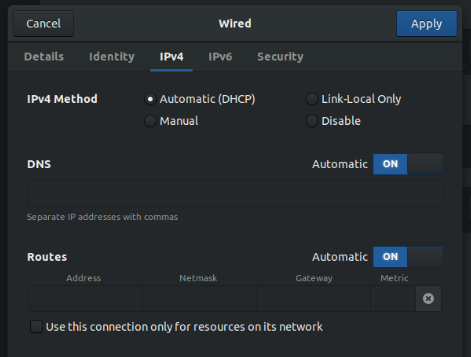 Aka does it take the first one and always asks it and only when it doesn't respond it asks the second in the list. Or it selects one server from the list?

I am asking because our DHCP server returns list of DNS servers:

Obviously the first one is our DNS server with our own names. The public DNS doesn't know these names.

From Ubuntu 18 we started noticing that many of our Linux based users have problems with our private DNS names. When you run nslookup on those machines it returns "name not found", however when you run nslookup and select the DNS server 10.0.10.1 it responds with the name immediately - after some time or restart it works. On Windows it never does any problems.

We have the public DNS in the DHCP as a backup.

Btw editing the configs on the client machines isn't the best solution. I would expect something like this to work out of the box. So it seems that we need to exclude the public DNS, is that right? Thanks

Browse other questions tagged ubuntu networking domain-name-system dhcp or ask your own question.