Again me with the Task Scheduler.

Under Windows 7, tasks behave according to the rules stated in the link ... tested and it works.

First of all both tasks (under Windows 7 and Windows 10) are the same. The Task is created like this: 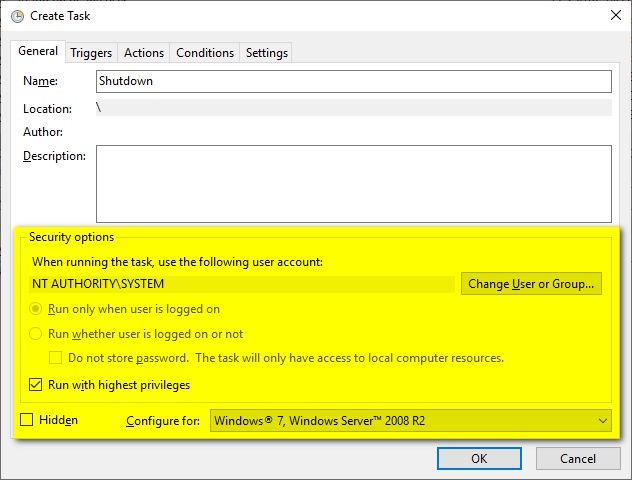 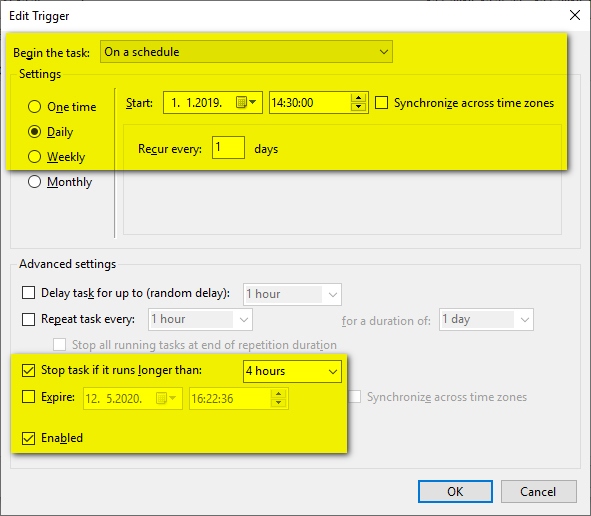 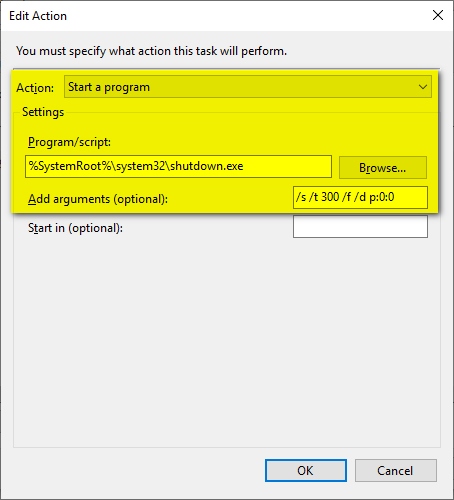 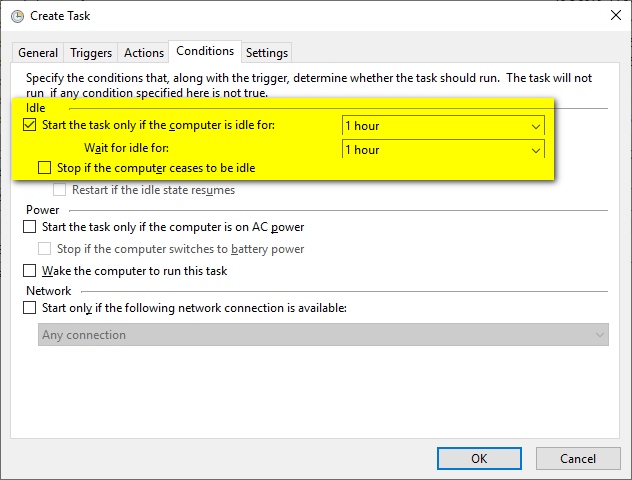 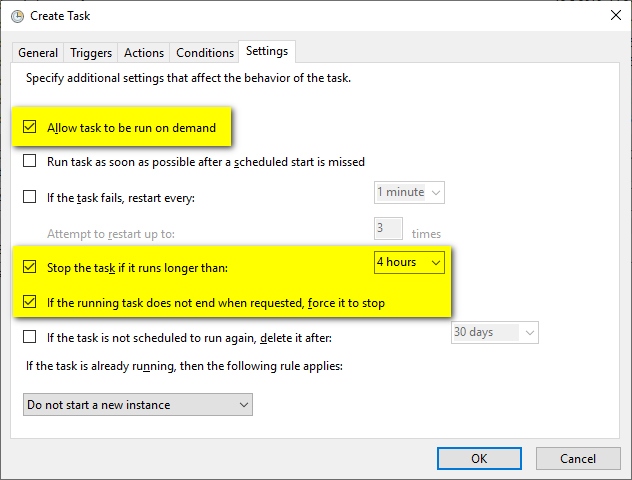 The task always executes at 14:30 (if I leave my computer at max at 14:25) or it doesn't execute at all (for that day) if I'm working at my computer at 14:30. WTF? If I recreate the task at the computer with Windows 7, everything works just fine.

And yes, I do understand that Windows 10 sees the idle time differently than Windows 7 but that would mean the task would be executed later not sooner and especially not at the time when the trigger was set.

Would be interested if someone could confirm this behavior and maybe provide some explanation why this is happening.

13.05.2019. - I can now definitely confirm this. Today two of my friends confirmed this issue. This has to be a bug in Windows 10 v1809 (maybe for earlier versions also but I don't have access to those). Also I can confirm that this works without the problem on Windows 7 machines. Great, just efing great. Will post this question on Microsoft forums. 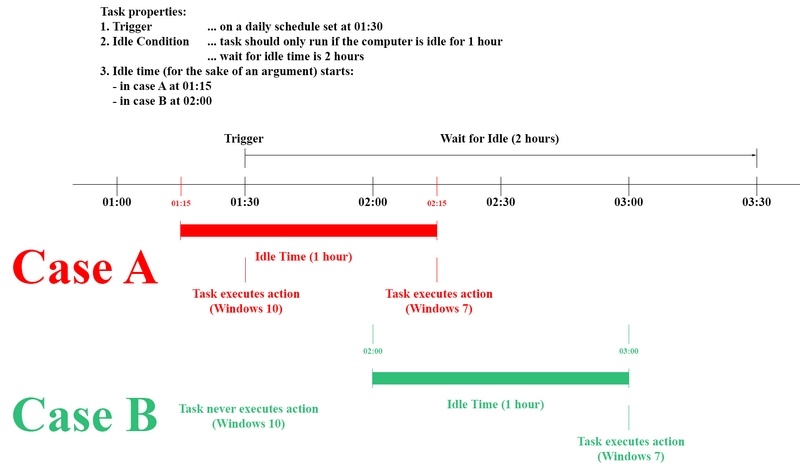 Did you try using the On idle Trigger instead? As far as I know the task Idle conditions have been used for this trigger only.

I have created a test task - it is below. It will be executed after 1 minute every time a computer became idle. To test it, I was just locking the Windows screen, using Win + L shortcut. The task has been executed exactly 1 minute after computer was locked.

You can import this task into a task scheduler and test.

Not the answer you're looking for? Browse other questions tagged windows-10 scheduled-task task-scheduler or ask your own question.