I have a FortiGate 60E that I successfully used to create a VPN to an Azure virtual network (see here). It had the 6.0.4 firmware.

Recently, I updated the Fortigate firmware to 6.2.0 and the VPN came up correctly, but after a few days, it started to not route anything. The VPN was still up on both sides, but I couldn't see anything. Rebooting the Fortigate had no effect.

So I deleted all the VPN objects on Azure and recreated everything from scratch. It worked again... for a while.

So I decided to downgrade the Fortigate to 6.0.5 (released a few days ago), without changing anything in Azure. It worked again... for around 15 hours. And now it's down.

On another, older Fortigate I have the exact same setup (but firmware 5.6.8), and it has been working flawlessly for weeks.

On further inspection, I looked at the logs and found a Dead Peer Detection error: 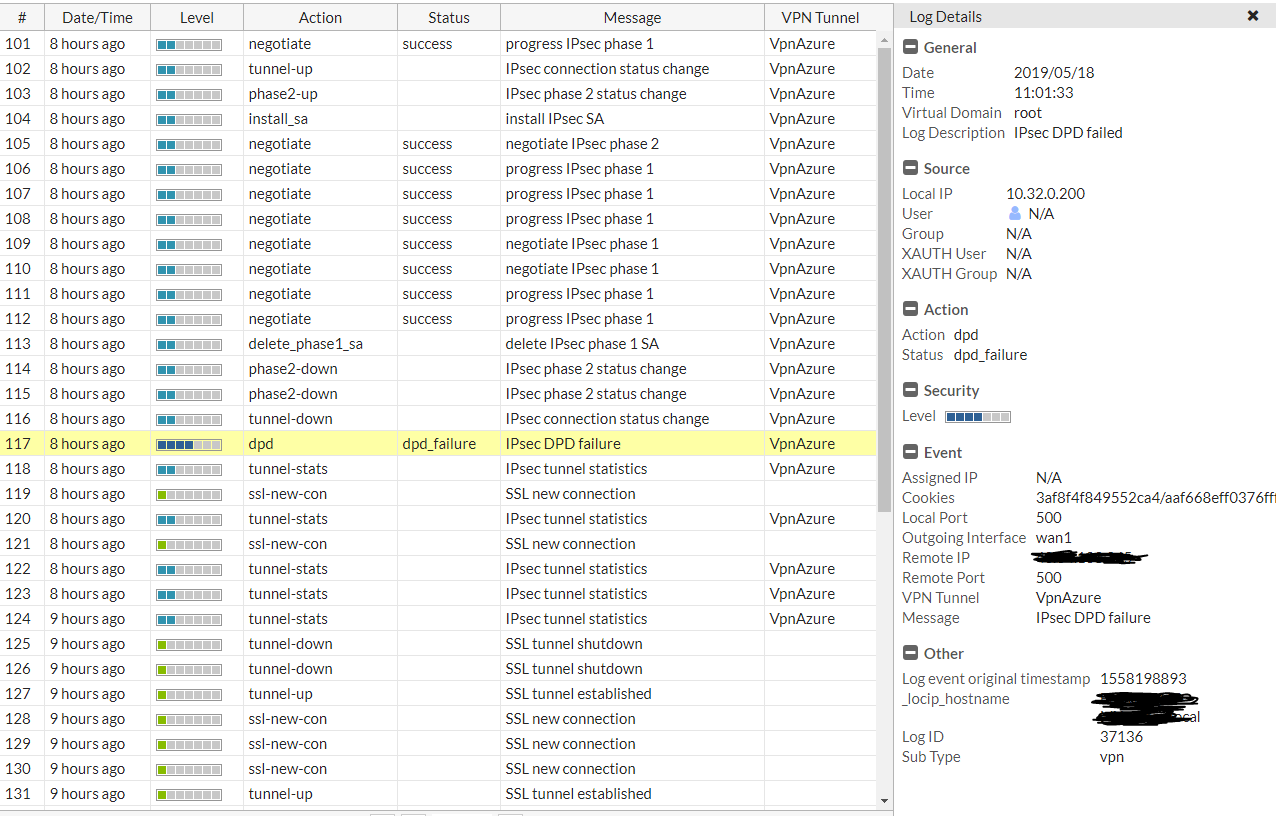 Last night I downgraded to 6.0.4 and the VPN did not come back up.

I had a deeper look at the logs and found that same DPD error every day at exactly the same time, just after 11 am. It just happened that yesterday's DPD error closed the tunnel for good.

Any ideas are welcome!

Here is the list of Parameter that Azure VPN gateway is configured with: https://docs.microsoft.com/en-us/azure/vpn-gateway/vpn-gateway-about-vpn-devices#ipsec

Please check that out and try matching it with the On-Premises Device.

Not the answer you're looking for? Browse other questions tagged azure site-to-site-vpn fortigate or ask your own question.

0
Fortigate to Azure VPN — connected but can't reach anything