I set up port forwarding on a Mikrotik router, but the router OS (v6.39.2) seems a lot more complicated than the standard off-the-shelf router interface I am used to. I followed the instructions from here and these are the settings I entered in IP/Firewall/NAT:

As it doesn't look that the 8000 port hasn't officially been opened yet in the outer network (waiting for someone to do that, meanwhile I checked if it was open with yougetsignal.com) I would like to at least test if my port-forward rule works within the local network IF THAT IS POSSIBLE.

When I try to access 192.168.1.1:8000 in a web browser, i see some activity in the rate graph in the NAT-rule setting. But the web browser still only gives me a "This site can’t be reached" response.

Mikrotik RouterOS based on the Linux kernel and has inherited most of the conceptions of networking.

So, I'll describe the setup of the port forwarding in the Mikrotik routers. And I'll try to describe your issue.

If you want to understand it more deeply, you can read the iptables tutorial. It's pretty cool documentation with detailed explanations. 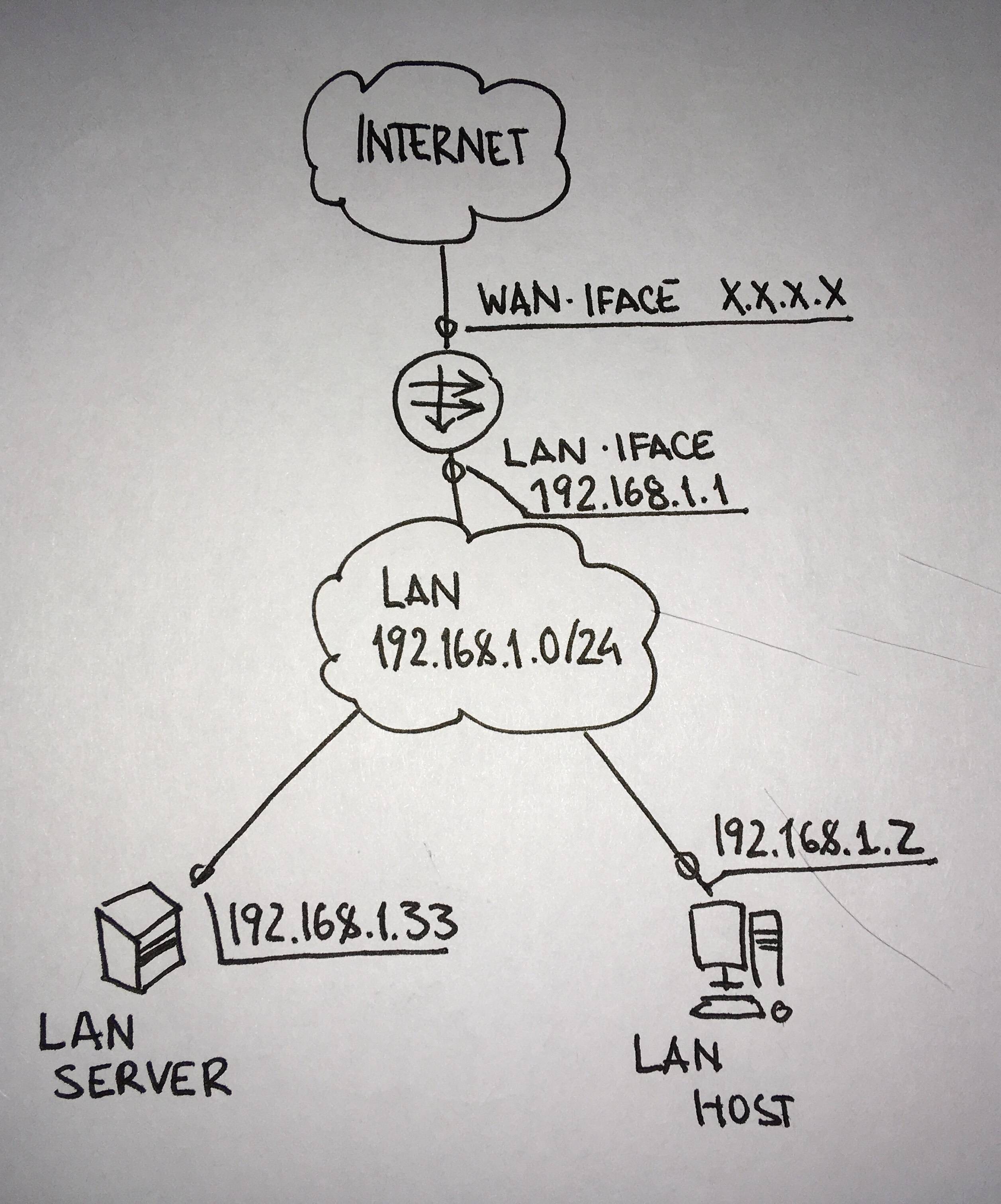 Obviously, there are enough ways to improve, but the main concept is should be clear now.

The dst-nat rule looks ok. can you browse to 192.168.1.33:8000 from inside your network? If yes, I would configure a second lan interface with a different subnet to your production subnet and connect a laptop to this new lan port using the Mikrotik as the default gateway to test.

Not the answer you're looking for? Browse other questions tagged router nat port-forwarding or ask your own question.