We currently have two ASP.NET MVC projects being served up from a Windows Server 2012 R2 with IIS 8.5 like so:

However, the code of these projects is nearly identical so we're in the process of consolidating them. Ideally, we'd have

We've set up the new common project and it's working fine on server.com/common, however, when we enabled the rewrite rules, anything trying to navigate to server.com/foo or /bar will produce a 403 error, specifically:

I'm pretty sure this is not an issue with my pattern/replacement strings, because if I change the rule type to Redirect, it produces the desired destination URL.

What's confusing here is that there is another application which does a similar thing with /baz and /qux being rewritten to a shared application, /other. If I point ^foo(.*)$ → other{R:1} it works fine (though of course, it executes the wrong application code). I'm unable to identify any other relevant differences between these two applications that would cause this. In fact, I copied nearly all the Web.config file from other and still saw the same behavior.

What else could be causing this? I'd appreciate any pointers.

After digging around a bit more and conferring again with the developers behind other, I think we've figured out this issue.

Basically, the site hosting server.com and all the applications under it that will be participating in the rewrite (common, as well as foo and bar until we are ready to delete them) need to be running in the same IIS app pool.

I've adjusted our deployment process to account for this. We use Octopus, so it boiled down to just changing one variable in each project. For future readers, your process is probably different, but just in case, hopefully this helps someone else: 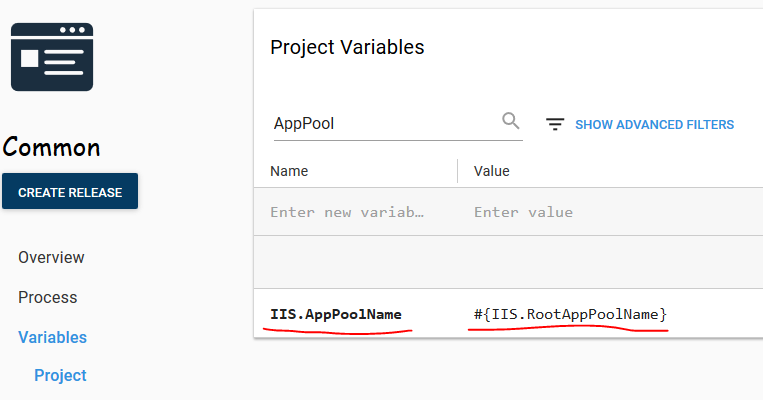 Not the answer you're looking for? Browse other questions tagged iis windows-server-2012-r2 rewrite asp.net iis-8.5 or ask your own question.

2
Nginx, PATH_INFO, and url-rewriting: i must be missing something
0
IIS 6 multiple sites on the same domain, redirection
1
URL rewriting between different pools with different authentication in IIS
1
IIS rewrite language based rule and default language
0
Rewriting a url in iis from a subdomain so letsencrypt will find the challenge key
1
IIS URL Rewrite rule test pattern error: The input data to test does not match the pattern