How to control lightsail costs and determine source of costs

Below is a screenshot of my lightsail instance : 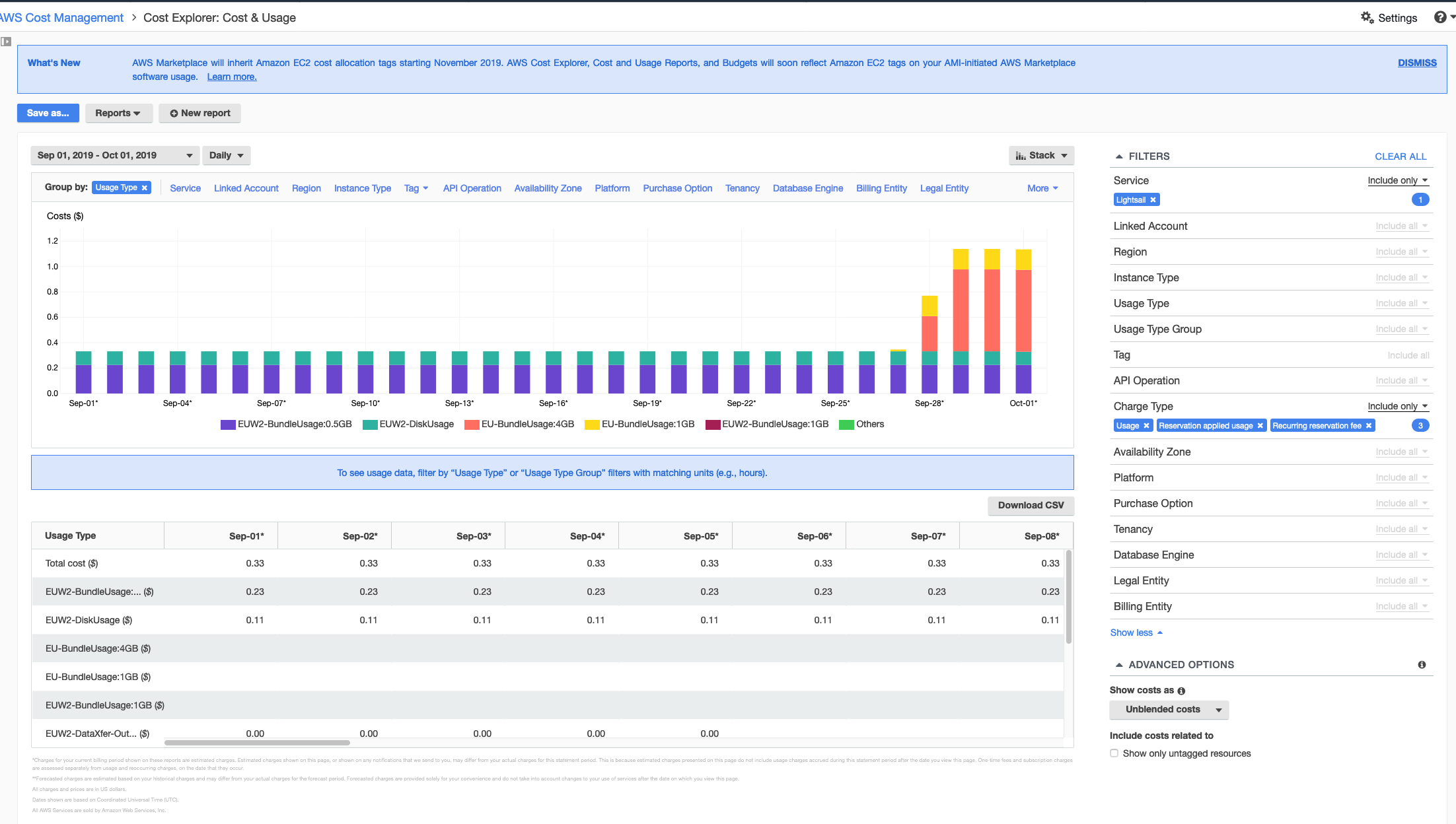 As can see the costs have risen considerable over the past few days.

Reading the billing section of https://aws.amazon.com/lightsail/faq/ I don't sections of how to pin point the reasons for this cost increase. I've a MySql instance installed on the box that is adding approx 100 rows of data to a table containing 10 columns every 5 minutes. But certainly does not exceed as per the plan :

" Every single Lightsail plan also includes a healthy amount of free IN and OUT data transfer. For example, using the cheapest Lightsail bundle you can send and receive up to 1 TB of data to the Internet within the month, at no extra charge. "

How to pin point the source of the service charges ?

Viewing costs by hourly breakdown instead of by day will assist in pinpointing the costs overrun. Is this option available ? On the cost explorer dashboard there does not appear to be any option to reduce the granularity costs based on time ?

The information is right there in your graph.

For all days (September 1 to October 1), you were charged:

On September 28, you launched another 2x Lightsail instances:

On September 29, another Lightsail instance was launched:

So another 4GB instance in eu-west-1.

My guess is that your "mystery usage" is in the eu-west-1 region (Ireland). Probably you (or someone) launched some instances in the Ireland region without realizing it and/or forgot about them.

Not the answer you're looking for? Browse other questions tagged amazon-web-services amazon-ec2 amazon-lightsail or ask your own question.

2
How to mitigate DDOS attacks on AWS?
0
How to change the FQDN on a Lightsail instance?
1
How to create a database read replica on AWS Lightsail
0
How do I allow ICMP to Lightsail Instance?