How to troubleshoot internet down every day?

Every day the server is unreachable and I need to unplug and replug it in. I cannot ping it and all web services are down. After a reboot the internet is back on again.

The "server" is a raspberry pi 4 with 4GB of ram running multiple docker containers and is wired to a switch. The switch itself appears to be fine also and all attached computers and servers are working properly. At first I thought it was always during the night (12am-1am), but yesterday it was a 6:30pm.

I have no idea where to look for hints on the issue or where to begin.

It seems that the server cannot ping the router while this is occurring: 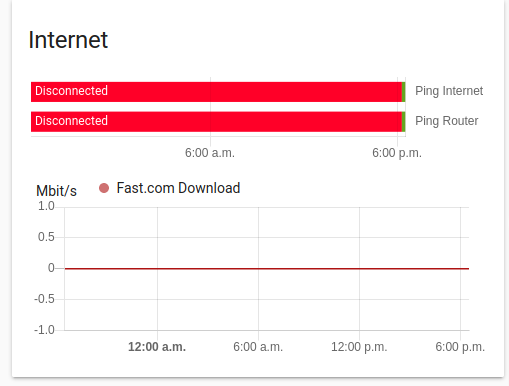 Browse other questions tagged linux debian linux-networking troubleshooting or ask your own question.

1029
How can I sort du -h output by size
2
n00bie Linode VPS - am I reasonably secure? How to audit?
363
Anyone else experiencing high rates of Linux server crashes during a leap second day?
236
Why is my crontab not working, and how can I troubleshoot it?
1
How to troubleshoot internet unreachable periodically through firewall
8
How to troubleshoot rx_missed_errors?
0
Apache crash every day