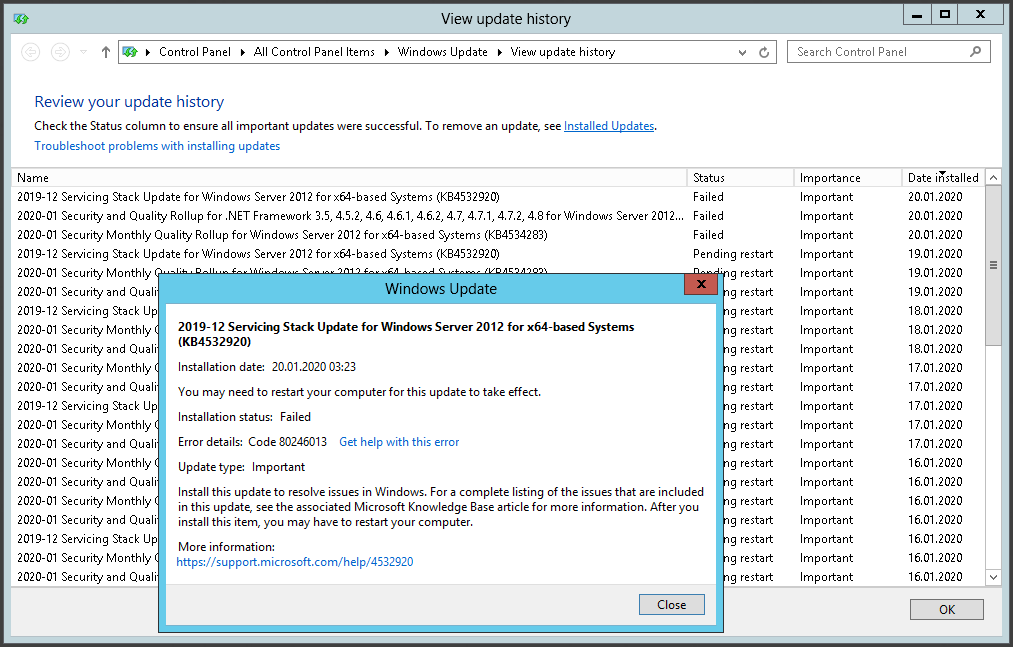 Things I have tried (without success):

I also tried manually downloading and installing the Servicing Stack update. It ends with the "Installation complete. You must restart your computer for the updates to take effect." window, but after the restart - you guessed it - it's still not installed.

I checked C:\Windows\Logs\CBS\CBS.log, but it contains ~30,000 entries for the last 10 minutes, those relating to the service stack update look OK (as far as I can tell), and I don't really know what to look for in there.

Is there anything else I can do?

Did DISM.exe or sfc /scannow report that it fixed anything?

If serverfault allows me to link a place, you can post here to get some more advanced help. https://www.sysnative.com/forums/forums/windows-update.88/

Not the answer you're looking for? Browse other questions tagged windows-server-2012 windows-update or ask your own question.