RAID (redundant array of independent disks, originally redundant array of inexpensive disks[1][2]) is a storage technology that combines multiple disk drive components into a logical unit. Data is distributed across the drives in one of several ways called "RAID levels", depending on what level of redundancy and performance (via parallel communication) is required. RAID 5 is a specific implementation.

RAID 5 (block-level striping with distributed parity) distributes parity along with the data and requires all drives but one to be present to operate; the array is not destroyed by a single drive failure. Upon drive failure, any subsequent reads can be calculated from the distributed parity such that the drive failure is masked from the end user. However, a single drive failure results in reduced performance of the entire array until the failed drive has been replaced and the associated data rebuilt. Additionally, there is the potentially disastrous RAID 5 write hole. RAID 5 requires at least three disks. 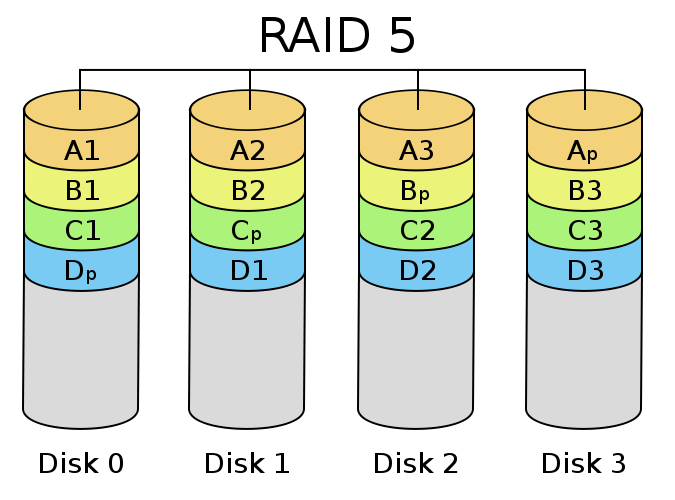 What's the difference between a "degraded" RAID 6 array and a "clean" RAID 5 array?