Windows Server 2016 is the current server operating system from Microsoft. 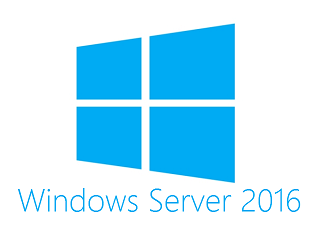 • A Hyper-V or Scale-out File Server failover cluster can now easily be upgraded without any downtime or need to build a new cluster with nodes that are running Windows Server 2016 Technical Preview.

• For the Windows Server 2016 Technical Preview, the Remote Desktop Services team focused on improvements based on customer requests. We added support for OpenGL and OpenCL applications, and added MultiPoint Services as a new role in Windows Server.

• An update in storage quality of service now enables you to create storage QoS policies on a Scale-Out File Server and assign them to one or more virtual disks on Hyper-V virtual machines. Storage Replica is a new feature that enables synchronous replication between servers for disaster recovery, as well as stretching of a failover cluster for high availability..

• The underlying console host (Conhost.exe) has been updated in several ways, adding new and different functionality to the Windows command prompt, the Windows PowerShell prompt, and any other character-mode applications.