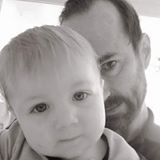 I invented the Internets. My first cellphone was a cuneiform clay prototype. Ok. Red pill. I've been through a half-dozen languages. Let'snot talk about BASIC. Aced C++ OO Programming in early college. Used to to a lot of Bash. Loved Perl till version 6 ruined it. I've written a handful of small web-servers in Bash, Perl, Java, JavaScript. Or ECMA. But that makes it sound like I need some kind of ointment. Really liking Node a lot the past couple years. Of course, I had to write a web server in it. But that's easy with the built-in http object. Or Express.. but I hate dependencies. Anyway the cool stuff is all the other things I added into it. Main project is a multi-user 3d/VR/Anaglyph realtime environment, based on css transforms. It can be used for games or, well, lots of things. Connects via websockets over https and ssh, so it can hook up to other non-specialized servers. Anyway, I'm really into web-dev these days. I don't subscribe to a particular framework or library. I like to learn how things actually work. But I might use one in a pinch. My sim environment is based on ideas from Kieth Clark's 3d engine, and a pair of articles I need to find again for reference-- one that made a simple VR using css transforms and two views of a cube, and another that showed how to blend stereoscopic photos into anaglyph 3d. So my viewer can be used on Cardboard-style VR sets, 3d TV's and monitors that take SBS or TB input, or anything with good color and a pair of red/cyan 3d shades. It uses head or handset motion, voice recognition, and anything resembling keyboard/mouse/pointing-device for input. Right now it kind-of resembles Second-Life, only smooth animation, and it works on mobile. My main test-device is a Verizon Samsung Galaxy Note 3, so it should work awesome on the newer stuff! Oh, I know Kung Fu. That chopper download is bogus though. Watch out for the malware. Anyway, back to the blue pill. Maybe I should've asked what happens if you take both. Did I mention my favorite movie is The Matrix? Oh, also I have a degree on Language Arts. And I play guitar. I've been an IT guy for most of the past 6 years, so of course it's remote. Well, the electric is, not the accoustics. I've had it for about 25 years. Started playing about the same time I started building and fixing computers. My first computer though, was a TI-99. Ok, well it was my dads, but you get the idea. Then a Commodore 64, a C128, Amiga 500, IBM-compatible XT, AT, a 386, several first-gen Pentiums that I built, a dozen or so laptops from 486 Win 3.1 to HP G6, and a garage full of recycled parts, a couple Dell PowerEdge servers, a dozen Android phones (mostly turned into IP cams), an iPhone (1?), six geese a-laying, and a partridge in a pear tree. You get the idea. Old gamer. Besides D&D and Diablo II, my favorite game of all time is Ultima IV. Not sure what else I missed. Did I mention my favorite movie is The Matrix?